Who Is Dario Fo? (And why does he stick it to the man?)

HomeAccidental Death of an AnarchistWho Is Dario Fo? (And why does he stick it to the man?) 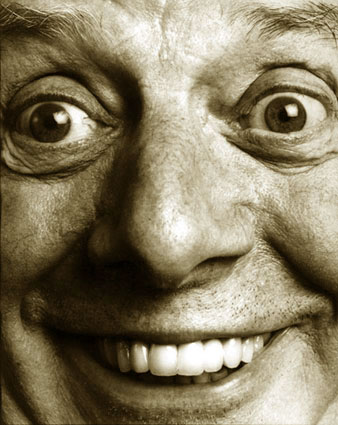 Born in 1926 near the Lago Maggiore in North Italy, Dario Fo has been Italy’s foremost dramatist and satirist in a career that has spanned 50 years.

The man is a legend in theatre. Raised in a village of storytellers, Fo has excelled as a master of narrative all his life.  In 1997 he won the Nobel Prize for literature.

A multi tasker if there ever was one, Fo has written, directed, acted, designed costume and composed music for the majority of his dramatic works.

In 1954, he married Franca Rame, a beautiful actress of a strong theatrical lineage. Together they created a body of work that shook Italy up for over 30 years, bothering church, government and justice systems alike.

He first made his mark on radio with a series of comic monologues based around Biblical characters and stories. These would later form the basis for his famous work Mistero Buffo in the late 60’s.

His plays are farces, comedies about the absurdities of the institutions that govern us and satirical critiques of the boots that tread upon us.

Throughout the late 50’s and early 60’s, Fo produced the most popular works in Italy, both critically and at the box office. However, he wasn’t satisfied with how his country was being run and the forces that oppressed the people. His work soon began to lean towards the political.

One of the most popular (and controversial) of these plays was 1970’s Accidental Death Of An Anarchist which condemned and satirised the behaviour and conduct of Milanese police officers in the wake of the 1969 death of an innocent anarchist Giuseppe Pinelli.

Performances of the play were routinely attended by police who followed the pre-submitted script with torch pens to watch out for the insertion of any inflammatory remarks.

Inflammatory is one word that can describe Fo’s work and he has seen tours of his plays invaded by the Italian Communist Party, police and fascist groups.

He is Italy’s most translated author, published in more than 50 countries and translated into 30 languages.

Our production of Accidental Death Of An Anarchist is the tip of a big iceberg that constitutes his body of work. We hope in some small way to present it and Dario Fo’s intentions in the best way possible, as suits our current climate in Ireland. But if you’re looking for intro into his work and his world, then this is a good place to start and we’re very proud to be your guides. 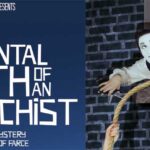