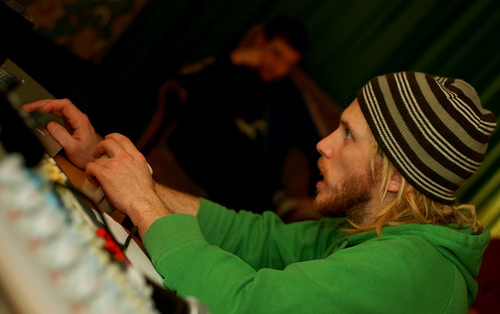 War Of The Worlds Promo 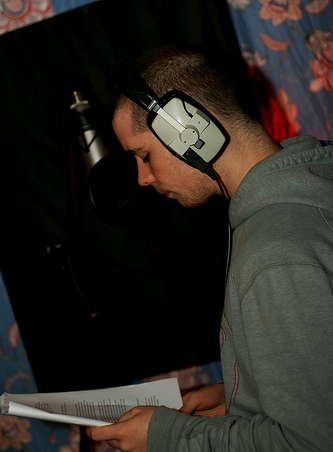 You’re going to hear the following ad included in this week’s Playlist Mix podcast (by Ken on Tuesday) and the KilkennyMusic.com Sound System Podcast (Ken and Ross on Wednesday)…

What we’re also hoping, is that if you like the ad and you happen to run a blog or a podcast, that you might consider including it 🙂

On Thursday night we started the ball rolling for The War Of The Worlds, recording six radio & podcast advertisements for release over the next two weeks both online and via KCLR 96FM. We had planned to make a night of things on Sunday night but a spooky power failure in the studio (and for a few miles surrounding the studio) knocked recording plans on the head, allowing for just the opening introductions to be recorded.

However, flash forward to tonight (Monday) and we’ve now got over half the script recorded. Myself (Ken), Kevin and John are all wrapped with Ross almost there as well. Amy Dunne and Maria Murray are in tomorrow with Paul Young (no stranger to voice work) hopefully joining us in studio on Sunday to finish the recording process and allow us a full week of post production.

But before all that, why not take a listen to our current radio and podcast ad. If you feel like spreading the audio word then please, be our guests 🙂