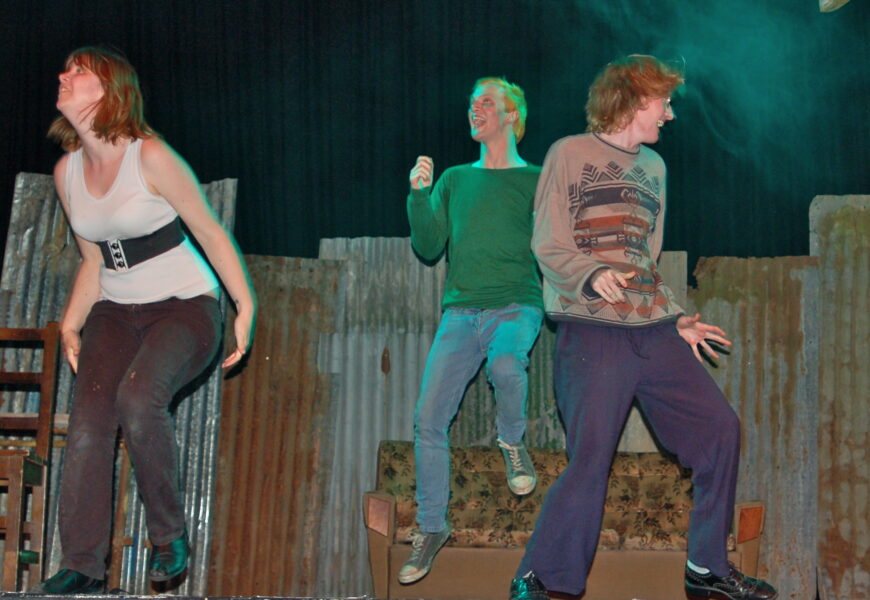 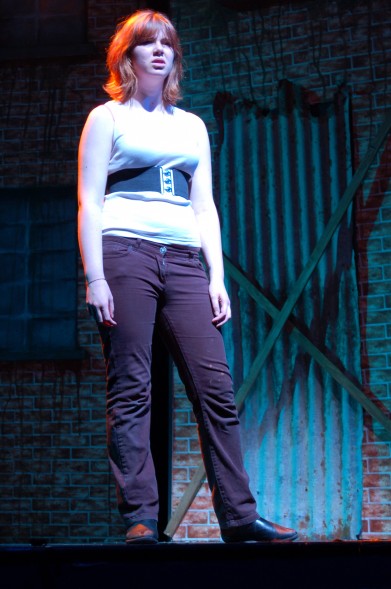 Another review of Trainspotting, this time thanks to Liam Murphy of the Munster Express.

The Devious Theatre Company returned in punk and grotesque glory to The Watergate Theatre, Kilkenny with a high-octane production of Trainspotting by Shock Jock, Irvine Welsh.

The Litmus test or acid test of companies who take on this play is the famous toilet scene where Renton retrieves his heroin suppositories from a stinking toilet bowl or the waitress/tampon/tomato soup scene. And Devious Theatre Company caught that visceral mood of revulsion and attraction so well. A young adult audience gasped at the unflinching depiction and at the same time were gagging for it and gagging from it. John Morton and Niamh Moroney’s direction caught the mood so well without in any way over glamorising the despair of the characters lost in a toxic fog of hopes and shite.

Eddie Brennan’s set design was grim and grimy. Gerry Taylor’s lighting was stark and edgy as required. Alan Dawson’s sound design was a punk paradise of hard tunes for hard times. A song There Is A Light That Never Goes Out was new to me but it underlined the sliver of hope in such an unredemptive play.

The ensemble cast were excellent and never flinched from the awfulness of the context and never sank into cheap laughter-seeking. Ross Costigan as Renton dominated the production with a powerful physical performance that was very impressive. Maria Murray as Alison was equally powerful and she chilled me to the bone with biting realism. Ken McGuire was a convincing Tommy and his descent into degradation was powerful. Suzanne O’Brien was a significant Dianne as was Mairead Kiernan in a series of cameos. Michael Murphy played about ten parts and he was spot-on at all times. Simone Kelly looked great as Lizzie and caught the caring and uncaring female very well.

Niall Sheehy was the edgy psychopath, Begbie who would stab his father and shag his ma but he tended to rush the accent. John Morton was a fine Sick Boy. Phil Young excelled as Mother Superior and Stephen Colfer evoked sympathy for the bewildered Spud.

The ending of the play is a little bit of a cop out but Devious gave it a theatrical value as the cast repeatedly changed The Lord’s Prayer. This was a production that led us into temptation and also delivered us from evil. 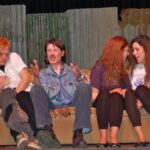 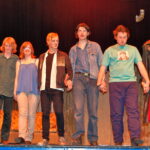 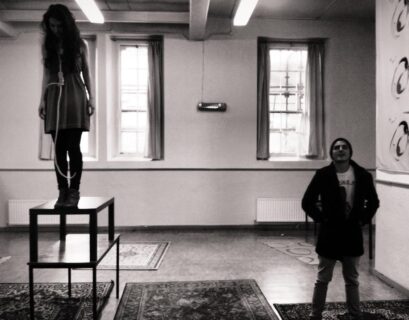 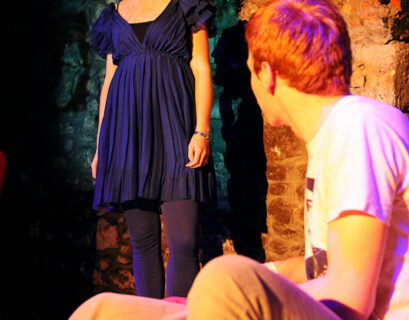