The newest reveal in our series of Trainspotting character promos sees the introduction of the doomed hero at the core of the play, Tommy McKenzie.

Played by Ken McGuire, Tommy is the fit, healthy outgoing moral centre of Trainspotting. He likes his pint, his game of football and loves his Iggy Pop. And he doesn’t do heroin, even if a lot of his mates do more than enough of it.

Tommy’s addiction is life. And when it starts to fall apart on him, darker addictions start to take hold.

Ken McGuire is one of the founding members of Devious Theatre and has appeared in each of our productions so far. He previously directed Cannibal! The Musical. 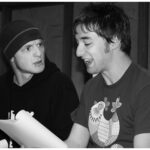 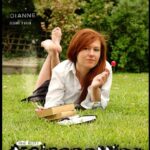