This Weekend’s Theatre At Kilkenny Arts Festival 2: The Second Weekend 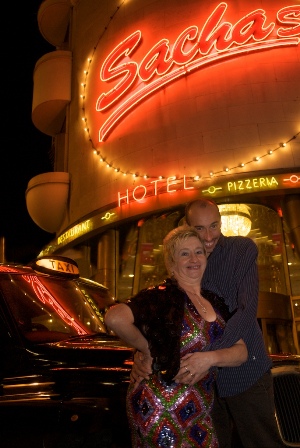 That’s a pretty exciting week of theatre just come and gone and we more than got our fair share. Everything so far has been a hit and word of mouth is absolutely booming around the town. I missed 2 shows unfortunately (A Western, The Smile Off Your Face) but I managed to catch a lot of great stuff. Coming up this weekend is another terribly exciting line up of fresh, new theatre goodness.

One thing I won’t be catching (and neither will a lot of people) is the completely sold out Foot Washing For The Sole which involves artist Adrian Howell’s washing the foot of one participant at a time in an intimate performance that breaks down all barriers between performer and audience member. It was heavily hyped coming into the festival and it sold out before it took it’s debut bow.

One thing I did manage to catch was THEATREclub’s Group Therapy For One which was a fantastic, uplifting and expertly performed one man show. It’s playing in Cleere’s Theatre until Sunday and is definitely well worth checking out.  I’ve already posted a review here and it also features some of the video’s we’ve produced for the show. Please do peruse it for a flavour of the show.

Finally, there’s Susan and Darren in the Watergate Theatre. Featuring a real life mother and son who invite you into their homes and let’s you prepare one of their famous parties. It’s a touching, honest and most of all fun slice of true life. I went to see it last night in the Watergate Theatre and it’s one of the most immersive pieces of theatre I’ve seen in a long time (and believe me, the rest of this festival’s theatre line up has been pretty damn immersive). It runs until Sunday (with the dance workshop at 6.30) and I strongly suggest that you book a ticket.

That rounds up the preview for this weekend’s shows at the Kilkenny Arts Festival, they’re well worth investing your time and money in believe me.