Dreamstuff Bring Out The Playboy 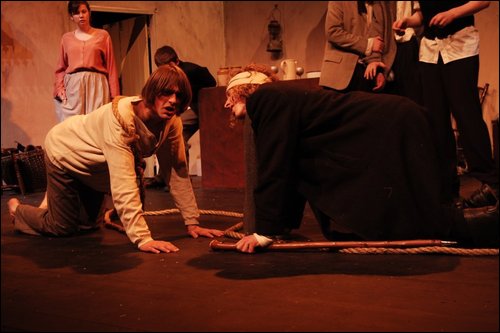 There’s an awful lot stirring in Kilkenny’s youth theatre’s this month and it does the heart proud. For the second week running, one of our talented youth theatres is launching a major production.

This time it’s our old alma mater of Dreamstuff Youth Theatre who are producing that ironclad classic of Irish theatre, JM Synge’s The Playboy Of The Western World. The production is commemorating the 100th anniversary of the death of Synge, one of Ireland’s most revered writers. 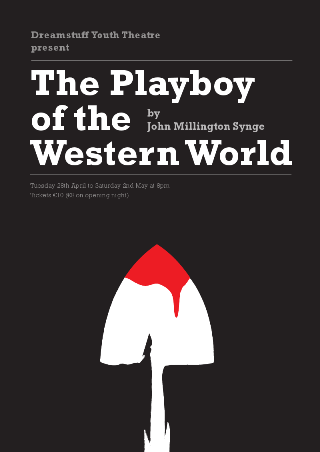 Directed by Mike Kelly, the show stars Peter O’Connor as Christy Mahon (a character often described as the ‘Irish Hamlet’) and Aoibhin Murphy as the iconic Pegeen Mike. Supported by a strong (and unusually small numbered) cast of supporting characters, this is the cream of Kilkenny’s young acting talent working with truly classic material. It should be a fantastic show.

The Playboy Of The Western World starts tonight April 28th and runs until Saturday May 2nd in The Watergate Theatre, Parliament Street, Kilkenny. Tickets are 10Euro, with a concession of €8 tonight and the show kicks off at 8pm nightly. Tickets can be booked on 056 – 7761674. Check out www.yifm.com for more details. 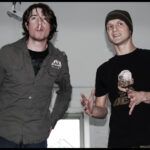 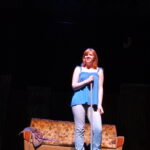 Our youthful compatriots at Dreamstuff Youth Theatre continue their 10th anniversary Dreamstuff 10 season with their biggest production to...
Read More →

Before we became our own company, we started off doing plays with Dreamstuff Youth Theatre here in Kilkenny.  Back in 2006, it was far...
Read More →

Dreamstuff Youth Theatre was the place where Devious Theatre got our theatrical educations and learnt the ropes and it’s still going...
Read More → 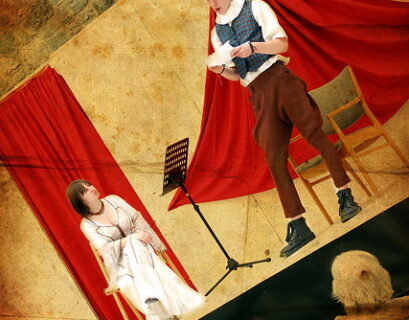 This year’s Shakespeare In The House festival will be kicking off this weekend in the fantastic setting of the 16th century Rothe...
Read More →