The Good To Suffer

Prolific Mullinahone playwright Willie Egan debuted his new play The Good To Suffer in the Watergate Theatre and the word on the street has been very good indeed. 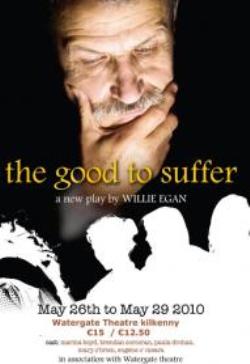 Willie has built up a reputation as a writer with a strong flair for character and his studies of dysfunctional family units and rural life have been met with stronger plaudits and bigger audiences with each passing play. Following on from hits such as The Winter Of 69 and The Diamond Spider, The Good To Suffer takes place in the waiting room of a hospital where the arrival of a mysterious stranger causes the drama to unfold in a revelatory fashion.

The Good To Suffer features a fine selection of Kilkenny actors including our own personal favourites Brendan Corcoran and Eugene O’Meara, along with Marina Boyd, Mary O’Brien and Paula Drohan. It is produced in conjunction with Watergate Productions and Willie himself is taking the directorial reins on this one.

The show opened last night and will run until Saturday May 29th from 8pm nightly in The Watergate Theatre, Parliament Street, Kilkenny. Tickets are 12.50/15 Euro and can be booked now on 056 – 7761674. 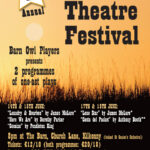 Next Story
The Barn Owl Players Are Goin’ Out West