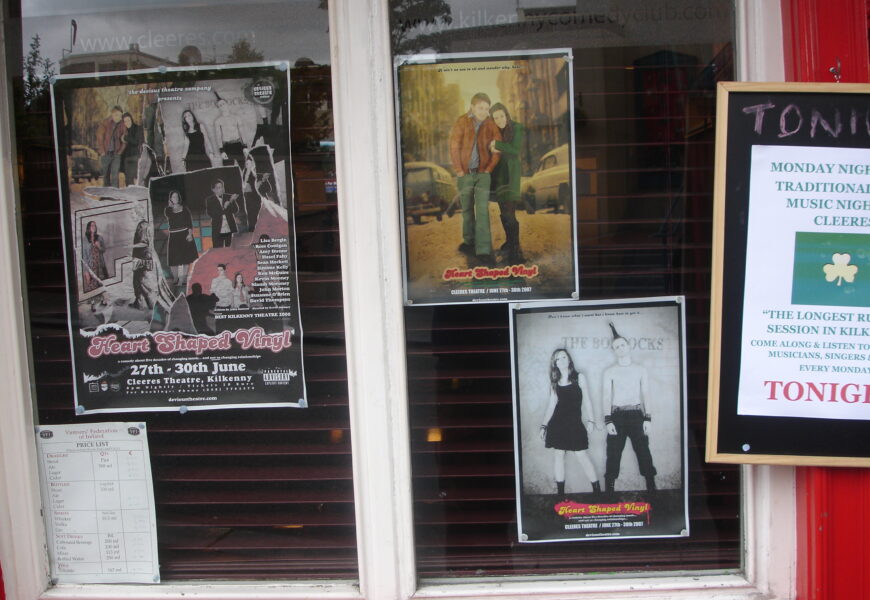 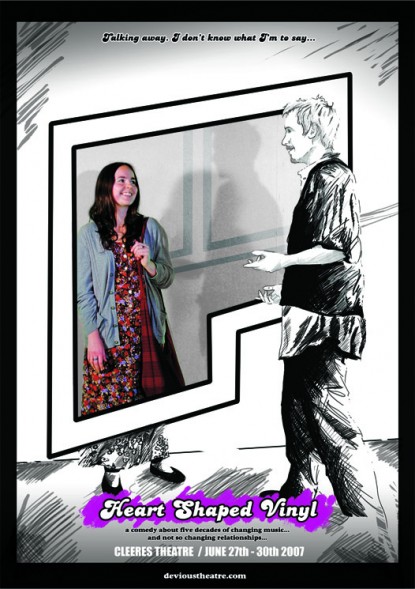 It has been less than a year since Heart Shaped Vinyl first took to the stage (August 2006) but already the show is heading for its third run, having been performed in December with the NUI Maynooth Drama Society. That third run kicks off this coming Wednesday night, June 27th, in Cleere’s Theatre in Kilkenny and the countdown is well and truly under way.

Tonight, Monday, will take The Devious Theatre Company cast through the technical paces off the show. Note to other theatre companies out there – you cannot underestimate the sheer importance of an in-depth technical rehearsal. We feel it paid off for us big time last year, the theatre itself being quite restricted in terms of storage space when dealing with a cast of 12 and some large props.

The last of the advertising rolls out this week with the show commencing on Wednesday night. Ticket sales are going quite well but we’re advising people looking to go to pre-book your tickets to avoid disappointment. We’ve managed to increase the seating capacity by 10% or so from last year but tickets and seating are quite limited.

As a committee, the core of Devious Theatre have been working on this current production of Heart Shaped Vinyl for a few months now, all the while planning and preparing for Cannibal! The Musical, testament to the hard work being done by our fledgling group! Bottom line, the countdown is on. At time of writing we’re a few hours away from our technical rehearsal before the full dress rehearsal tomorrow night. We’ll be keeping a journal of the goings on of the week as well so keep an eye on DeviousTheatre.com! 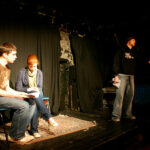