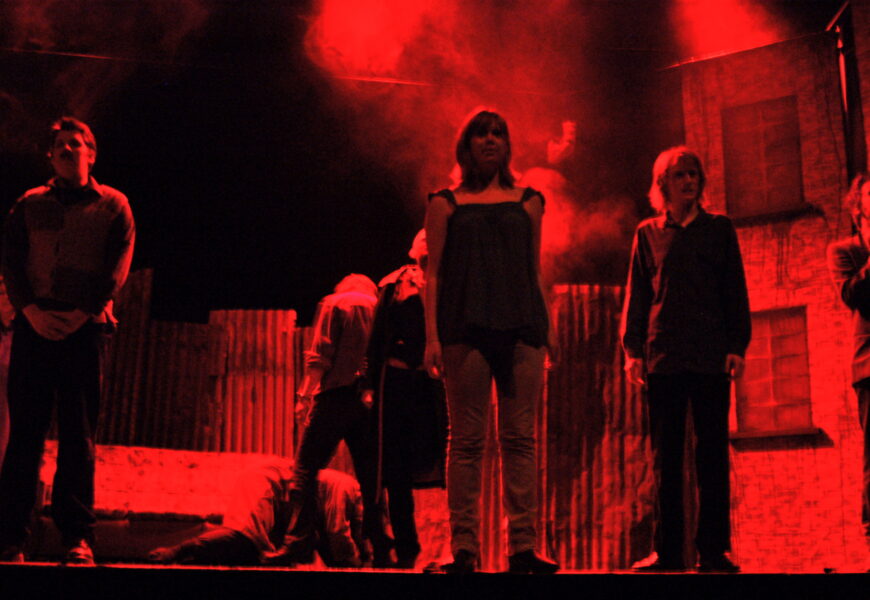 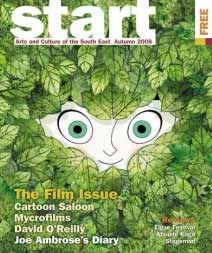 The following review was first published in the autumn 2008 edition of Start Magazine, the arts magazine for the South East of Ireland. Written by Ita Morrissey, the review can be found in the magazine available here as a free download.

For folks that are unacquainted with Trainspotting performed by Devious Theatre (Watergate, Kilkenny, June), it’s the tale of a dark and dirty Edinburgh told through the lives of five down and out drug riddled friends.

The risky aspect in taking on a production such as Trainspotting is the subject matter it confronts; take the infamous toilet scene when Renton retrieves his pills, Alison’s re-enactment of spoiling food when she worked as a waitress and then there is all the business with needles.

It was apparent that this troupe of actors had worked hard to achieve a naturalistic Scottish accent; the dialogue was delivered in a superior manner by many of the cast. Ross Costigan, who played Renton, was able to juggle the accent with volume to a perfect level, but at times Begbie, played by Niall Sheehy, went beyond what could be deciphered. And occasionally the vocal abilities of the one or two of female actors were testing on the audience. That only being a minor note compared to the standard reached by all the others.

The first half ran at a great pace, as Renton was used to marvellous effect guiding the audience along his life of drugs and hard times. Costigan’s skill at portraying this down beaten but lovable character was magnificent; he lived and breathed him.

It was slightly disappointing then, not have the same connection with him in the second half. That being said, there were some beautiful moves throughout the play, especially in two specific scenes where Sick Boy (John Morton) tangoed with Mother Superior (Paul Young) in a junkie frenzy and where Spud reveals his dirty sheets across the breakfast table.

This type of blocking from directors Niamh Moroney and John Morton only contributed to the professional standard of this production. 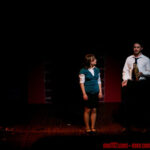 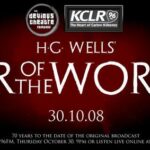 Next Story
The War Of The Worlds Announcement