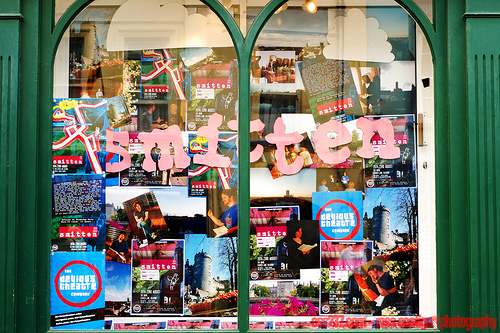 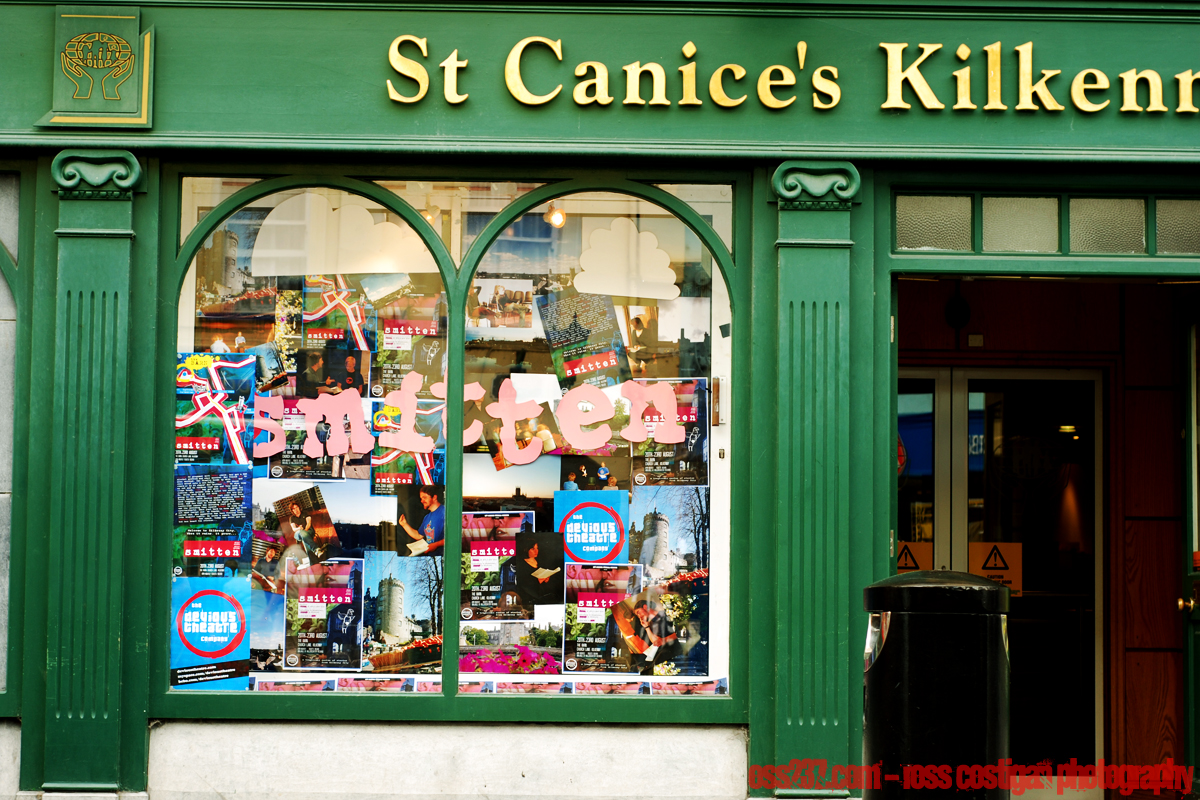 For a play set on the streets of Kilkenny, it’s only fair that we hit those same streets to promote Smitten.

It’s only a few short weeks since we raised some eyebrows and furrowed some brows on High Street, with an awesome display of Trainspotting posters in St Canice’s Credit Union window, and already we’re back again.

This week will see us taking things up a notch promotion-wise in the run up to Smitten, with press releases issued to all local print media and a brand-new window display to feast your eyes on. If you’re around High Street over the next week then make sure and stop by the Credit Union for a less stomach-turning Devious display. A collage of scenic shots featuring Kilkenny landmarks by Eddie Brennan, logos, maps, artwork and posters by Paddy Dunne and behind-the-scenes-snaps by myself and Ken McGuire. 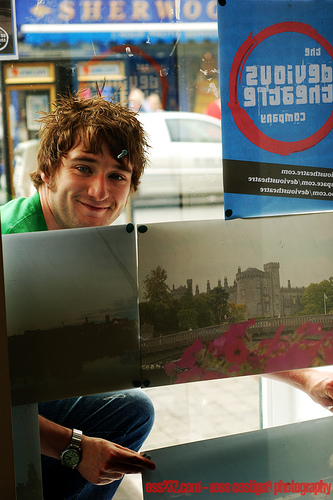 We’re lining up a lovely bunch of Kilkenny centric Smitten promo for the next couple of weeks so we hope you enjoy the snazzy, eye popping goodies we’ve got in store.

Don’t worry if you can’t make it down to the Credit Union this week, you can check out shots of the display here on the Devious Theatre Bebo Page along with behind-the-scenes snaps at Smitten rehearsals and there’s still plenty more displays and promotional material to come!

Tickets for Smitten are being sold in Rollercoaster Records, Kieran Street from 21st of July and they are €10. The show runs August 20 – 23 and starts 8pm nightly. For more information and updates, check out www.devioustheatre.com 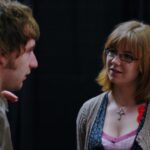 Next Story
Made In Kilkenny 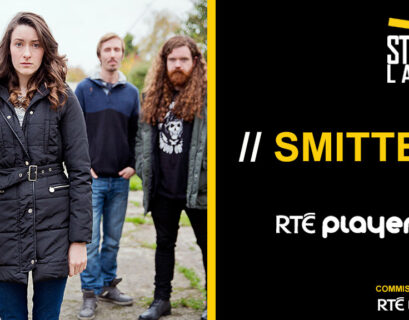 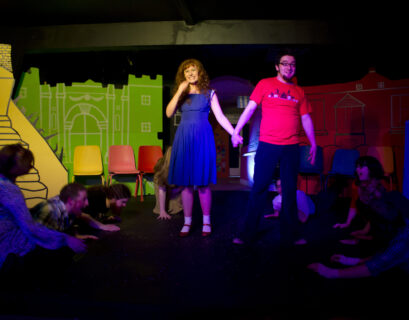 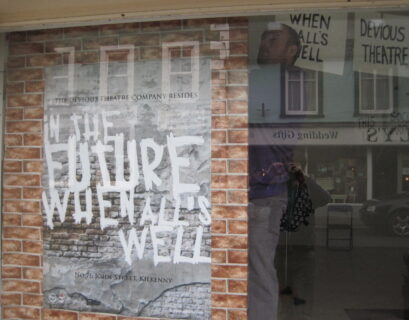 It’s been a hell of a 12 months for Devious Theatre. This time last year we were prepping for 3 plays. We did 4. Then did a play...
Read More → 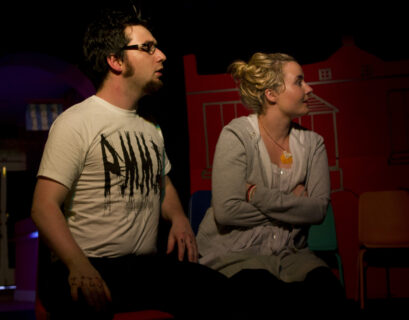 By Liam Murphy From the July 8th edition of The Munster Express The excellent Devious Theatre Company completed their residency with...
Read More →