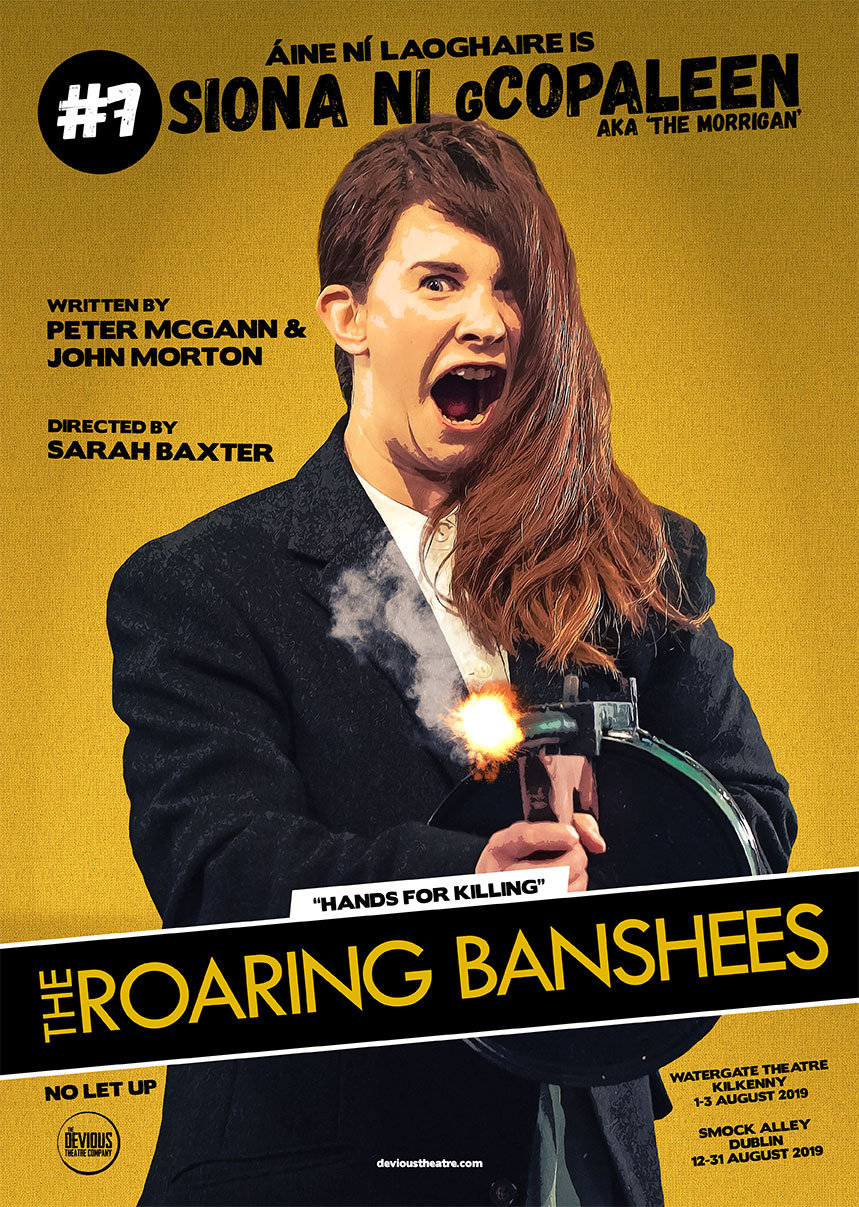 Siona ni gCopaleen aka The Morrigan

Here’s the first full introduction to one of The Roaring Banshees of our upcoming gangster yarn.

Siona ni gCopaleen aka The Morrigan is a deadpan, chain smoking executioner, feared throughout the land as the harbinger of death. Trigger happy and takes every slight personally and with a smile. The Assassin.

Siona is played by Áine Ní Laoghaire who will be making her Devious Theatre debut with the show.

Most recently, Áine appeared in Billy in The Mac as well as The Abbey Theatre’s tour of Mise, Micheal, following on from her appearance in both Dublin Theatre Festival’s My Name Is Language. Other recent work includes it’s getting harder and harder for me (The Mac, Belfast)  Neon Western (Cork Midsummer Festival and Dublin Fringe Festival) Mise, Mollser (Abbey Theatre) Factory Girls (Everyman Theatre, Cork)All Hell Lay Beneath (Dublin Fringe) and Zoe’s Play (The Ark). She also recently lent her voice to the Irish language version of Oscar nominated cartoon The Breadwinner by Cartoon Saloon.

She is doing a frankly, terrifying job of bringing the loose cannon of the Cumann na Mban unit to life.

The Roaring Banshees are coming…

The Roaring Banshees opens in The Watergate Theatre, Kilkenny playing from August 1-3 before running in Smock Alley Theatre, Dublin from August 12-31.