We’ve been working overtime for this weekends Shakespeare In The House festival which is taking place in Rothe House, Kilkenny. Us Deviousers are performing a 45 minute mixed bag of Shakespeare entitled Shakespeare In Bits. 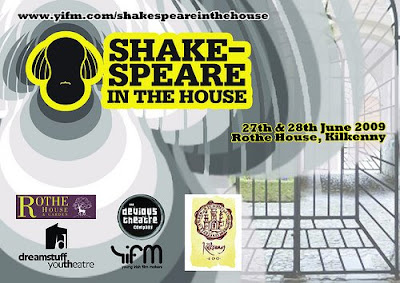 When talking up ideas for the festival, we decided to do something to complement the fine work that will no doubt be done by the good thespians of Dreamstuff Youth Theatre.

And we’re calling it a Shakespeare battle rap. It pits a troupe of our performers together and against each other in a variety of Shakespeare related sketches (Shakespeare’s editor and a 16th centruy version of the Bale rant with William Shakespeare walking in front of the ‘cantelbras’), mix ups of some Shakespeare based works with Shakespeare’s works (Rosencrantz and Guidenstern Are Dead into Hamlet), a hardcore sonnet based battle rap, some reimagined monologues and a whole lot of nice little bridging devices between. It’s going to be a crash course in Shakespeare for the ADD generation.

With a troupe of 7 actors (all well versed in the playing of Shakespeare), this should be a fast paced mish mash of a mixed bag of Shakespeare related hi-jinks. The actors involved in devising and performing this are Scott Barriscale, Stephen Colfer, John Doran, Ken McGuire, Kevin Mooney, Niamh Moroney and John Morton.

The festival takes place all over the weekend and there’s plenty going on throughout the rather splendid setting of Rothe House for the duration of the two days. And it’s all entirely free! So do pop along. Bring rotten vegetables if needs be. Just save them for the kids!

Shakespeare In Bits will be performed at 3pm on Saturday June 27th in Rothe House and at 2pm on Sunday 28th. 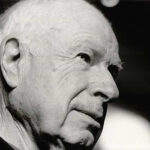 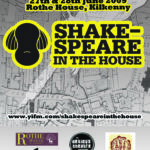 Next Story
Shakespeare In Bits Trailer

2 Replies to “Shakespeare Battle Rap Yo!”