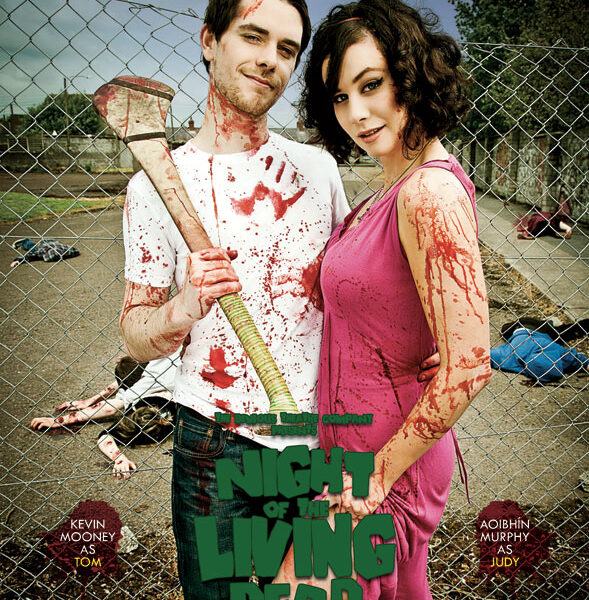 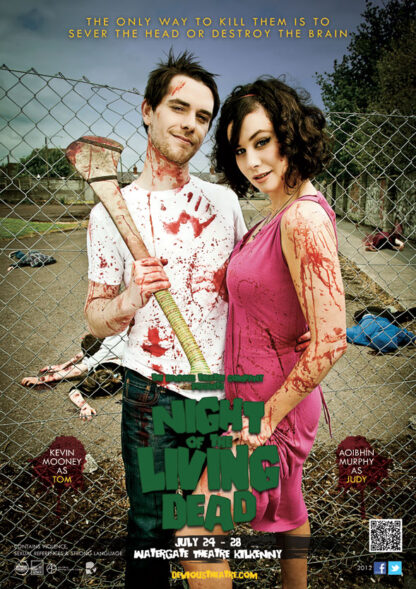 It’s been a while since we’ve had a character poster for Night Of The Living Dead but we’re confident this one is worth the wait. And we’re getting straight to the point: as the news reporter gravely told us in George A. Romero’s movie, the only way to kill the living dead is by severing the head or destroying the brain. Gruesome stuff for sure but as the second of our six character posters show, boy does it get the job done.

Here, we introduce you to Tom and Judy. They are our version of the teenage couple played by Keith Wayne and Judith Ridley in the original movie. In 1968 America, they were a nice but dumb teenage couple hiding out in the cellar of a rural farmhouse. In 2012 Ireland, they’re a drunken, mouthy, obnoxious pair of teenage lovebirds, on the run from the infestation of living dead. If the only thing between them and getting out of Ireland is a horde of ghouls, then these two are going straight for the head.

Tom is played by Kevin Mooney. A founding member of our company, he has previously appeared in both versions of Smitten and Heart Shaped Vinyl. Directing credits for us include Heart Shaped Vinyl, Cannibal! The Musical (with Ken McGuire) and Stags and Hens. He co-wrote the PPI Award winning version of The War Of The Worlds with John Morton. 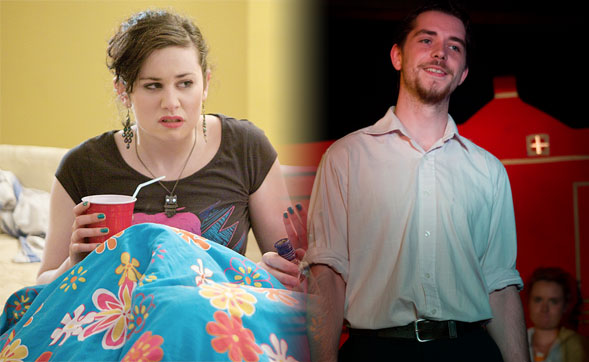 Aoibhín Murphy in Shifting and Kevin Mooney in Smitten. 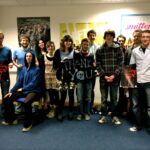 Next Story
Thank You!