Taking It To The Theatre 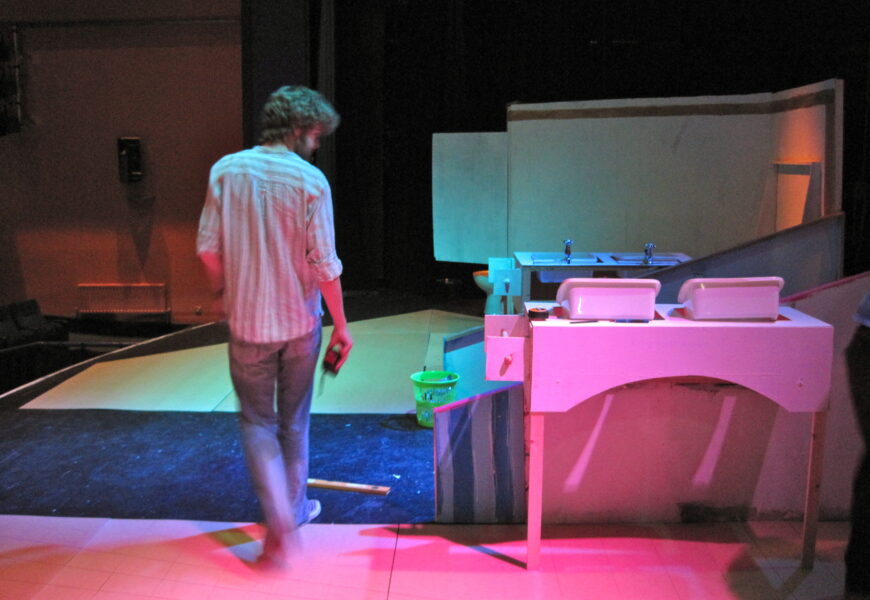 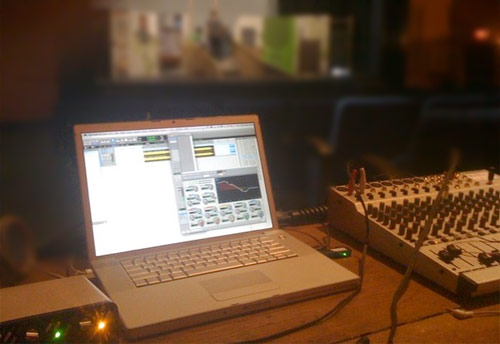 So we’re finally in the Watergate Theatre! It always creeps up so quick. Note to self – get the wifi access for the theatre tomorrow as the O2 connection is quite rusty in the main theatre area.

We’ve been on the go since 9:15am, starting things in Devious style with a breakfast at The Field when, after almost two years and seeing four productions planned around their breakfasts, lunches and dinners, it finally clicked with them that “we run a business or something”. A business possibly, a theatre company most definitely.

What you see in the picture above is the first stage of the sound design for the theatre. I’ve put a few sessions together in ProTools for rehearsals, changing venue changes the mix so give it about two hours and we’ll have plenty of healthy club-sounding 70s tunes echoing around the Watergate. The sound setup itself has been a relatively simple process (though owning your own gear and being familiar with the operating of mixing desks does certainly have its benefits) – new desk to multicore, wrap it around the theatre, to the stagebox on stage left, back up to the control room two stories up and out into the house sound. Oh yes, it’s been fun. 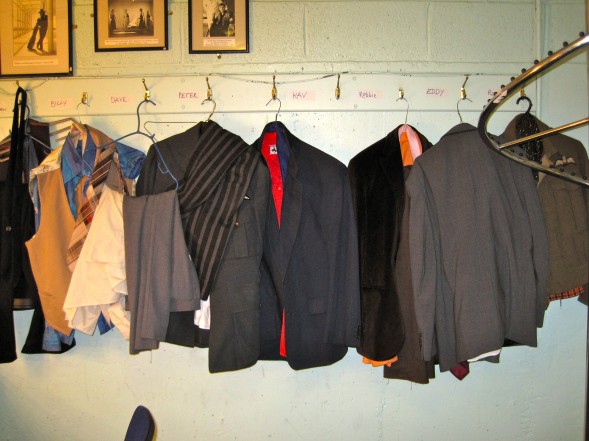 We’re midway through the day,the costumes have all been hung and prepped for the actors (see above) and the set itself has been assembled, sanding has started, painting and decorating likely to commence before 4pm and move into the night. Yeah, it’s a long slog but this is the part we really love. 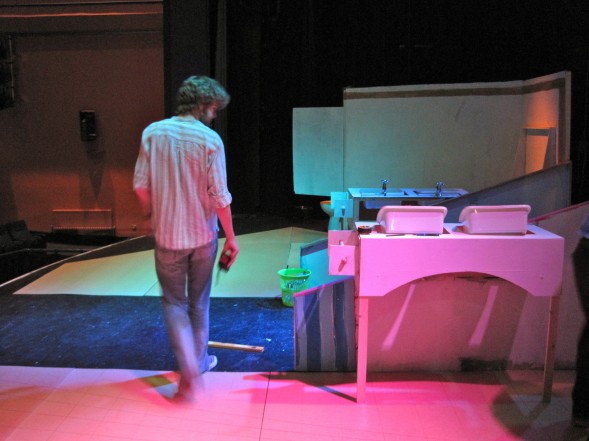 Tomorrow, lighting takes priority in the morning, front of house gets dressed, photographs get taken, we stock the fridge up with Red Bull and milk for the copious amounts of tea.

For now, it’s a lunch break, then back into things for the night. We’re keeping you posted via Twitter as well, with photos going up on TwitPic from the workings back stage. Follow us on Twitter.

You can still get your tickets at the Watergate Theatre box office and on 056-7761674 and those bad boys are starting to move so get on it! 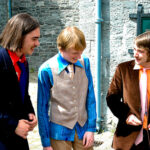 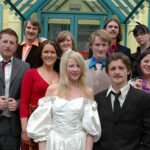 Next Story
On The Record with Stags And Hens

One Reply to “Taking It To The Theatre”