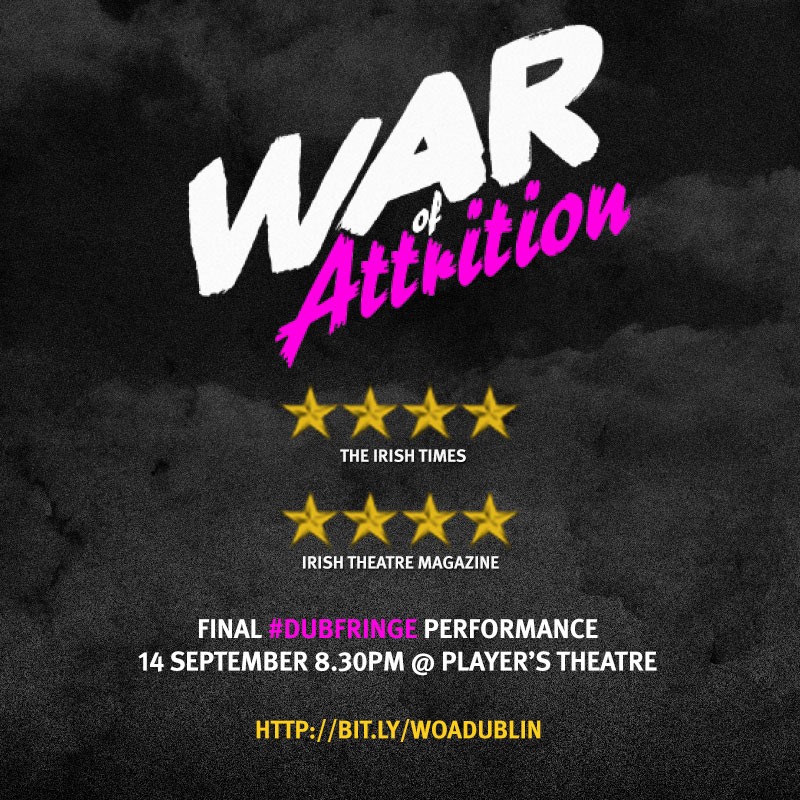 Reactions: War Of Attrition In Dublin 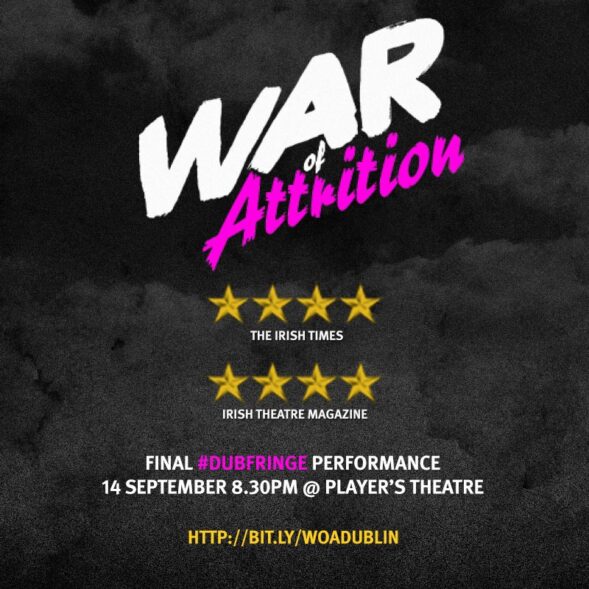 With the increase in use of social media outlets both by ourselves and theatre going audiences around the country over the past few years, it’s becoming easier to garner feedback on shows. One of the big things for ourselves as a company is that in bringing War Of Attrition to Dublin, we were relative unknowns in terms of the Dublin theatre circle. Barring our one-night-only appearance of Scratcher at Theatre Machine Turns You On: Volume 2 in early 2011, we’ve not brought anything of this magnitude to Dublin before.

The Irish Times and Irish Theatre Magazine looked favourably on the show, both offering up a four-star review respectively which certainly helped bring up the audience figures for the week.

But, outside of the mainstream media, the opinions of those of you who part with your hard-earned cash to take up a ticket for any of our productions, that’s what counts for us. Thankfully, through Twitter and Facebook, we’ve been able to save on paper and gather a few opinions, Tweets, photos and the likes on War Of Attrition.

If you’re heading along to the show in Kilkenny or Galway, or indeed if you caught the show at this year’s Dublin Fringe Festival, we’d love to hear what you thought. Tweet us – @devioustheatre – or use the #warofattrition hashtag and we’ll seek you out.

To give you an idea, here’s some of the feedback, photos, and updates on the show from audience members, cast and crew alike. Check it out.