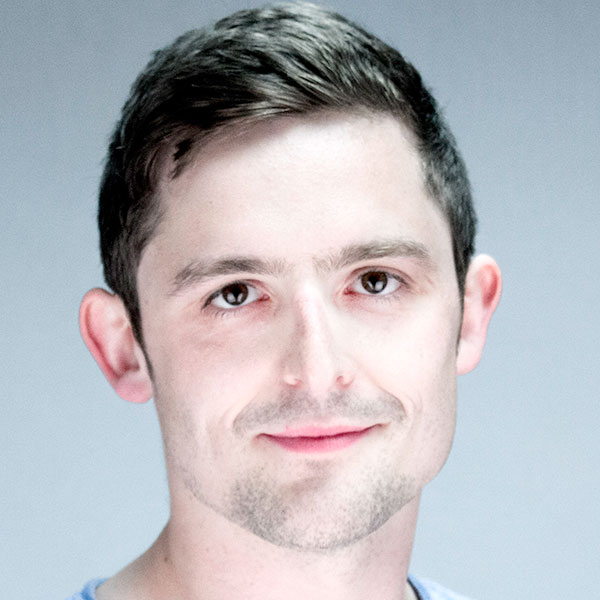 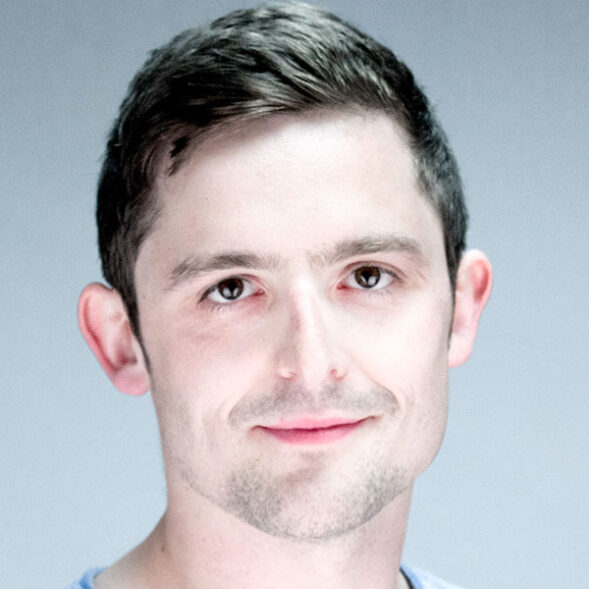 John Doran is usually an actor. This year he is also a writer and director. On Some Flood, he does both. At this years Tiger Dublin Fringe he also presents his first one man show The Centre Of The Universe which is one of this years Show In A Bag offerings. He’s a busy man but he had time to answer a few questions.

The apocalypse hits. What’s the one thing that you would keep with you more than anything?

This completely depends on context. Somewhere wild, outdoorsy? One of them Swiss-army shovel-spade-frying pan-knife-tin opener tools. City or town? My bike. Or someone else’s bike that is better than mine. Is a person a thing? Then probably a friend. It’s a tough call whether I’d choose Eddie or Kevin. Probably Eddie because he’s taller and hairier. Could be more practical if I need him to reach something, eat him or if I want a beard-coat to keep me warm. If I’m gonna be stuck on a roof surrounded by a flood? Boat.

Probably someone rich with a big house. Obama? Hugh Hefner? It’s a tough call. I gotta be as practical about this decision as possible. Probably Hugh Hefner though. Old? Yes. But his resources make up for that. Plus, he’s got a big house and lots of female companions (in case we need to repopulate the planet). Being Hugh Hefner’s friend in this context would probably mean that I’d be next in line for the throne also. Although, America is very far away. If I get that boat from the first question, definitely America. And I’d probably change my object from the second question to a compass (sorry Eddie). If not, someone rich in Ireland. I really don’t know who though. Enda? What’s Bono’s gaff like?

Castaway. After the fact that it’s mildly relative to the play; it’s got a lot going for it. Life lesson: Man (questionably dated term for men and women) will always do what they can to survive, and should because they are awesome. That’s only one lesson though, isn’t it? It’s a good lesson though. It’s not my favourite film. My favourite film is The Warriors. Very little life lessons in it though, except that being framed is really annoying, which it absolutely is.

What about strangers? I would totally settle for a stranger. Are there animals? If not, dogs. Like, oh my God, who wouldn’t miss having dogs around? If I do have a dog, I’d probably miss live music, or just the sounds of people living in a community. I was gonna say that I’d miss fridges, but that’s just a line from the play.

What is the most useful thing you’ve learned working on Some Flood?

Getting a sense of how a director works has really made me appreciate what directors do one hundred percent more. And if you’re one of those directors who I’m a massive fan of, one million percent.

What are you most excited about during the Fringe run?

Just letting the play happen after all the work that’s gone into it. Also just very excited to see what the other plays are like. It’s all very exciting. And getting to do my other show (The Centre of the Universe) that I’m doing with Show in Bag and shamelessly plugging here in this questionnaire (you asked!)

I’ve already said Eddie Murphy for practical reasons and I’m going to have to stick with that. Moses Moorhouse is very close second. He’s got enough hair to cloth an entire post-apocalyptic family. The only thing about Moses is that he isn’t as tall as Eddie, which is what I call a “practical disadvantage” in this case.

Why should people come see our show?

People should come along because it’s funny, clever, beautifully designed, beautifully lit, music is awesome, brilliantly/hilariously/grippingly performed and can generate nothing but good wholesome vibes throughout. It’s got some serious energy, great physical set pieces and it’s a great laugh that will leave you guessing.

Some Flood previews on Saturday 6th September at 7pm and opens proper on Sunday 7th September at 9.15pm in Boys School, Smock Alley. The Centre Of The Universe opens on Tuesday 9th September at 1pm in Bewleys Cafe Theatre. 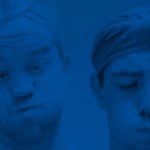 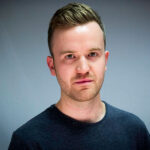