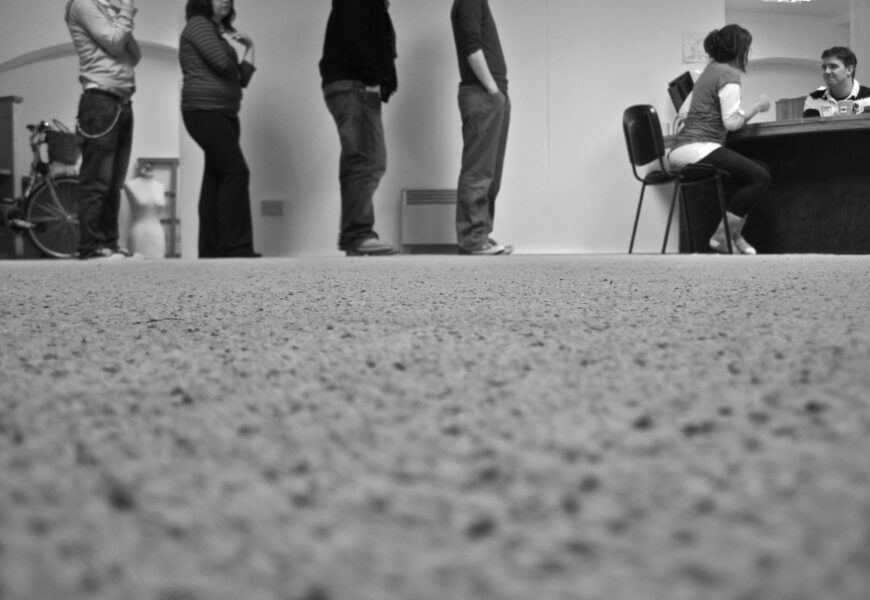 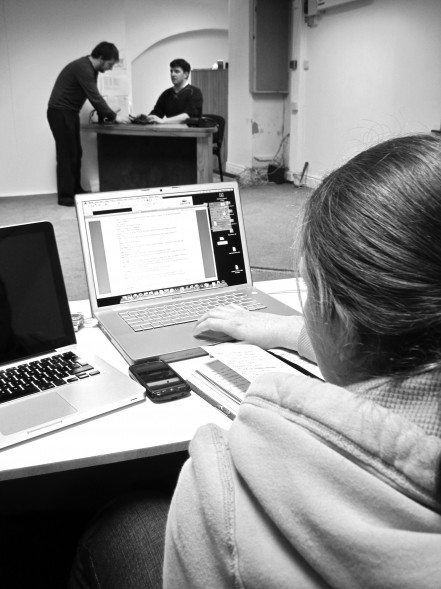 We’re pretty much under one week off the Dublin opening of Scratcher. That in itself is quite terrifying. Everything has been shaping up nicely in fairness. We’ve put our set up and it looks quite nice. I think conceptually it’s one of our strongest and hopefully it will work for the 70 odd people who will come to see it in Kilkenny every night (that’s the hope). Problem is, we can’t bring the set to Dublin. We’ve got such a quick turnaround during Theatre Machine that to bring anything more than our basic table and 2 chairs is tantamount to madness. So we’ll mimimse in Dublin and hope that the actors and the words themselves will do all the work. Yes, we shall depend on the magic of performance.

Speaking of which, we had a good rehearsal session with Annie Ryan last week and it’s benefited the show something wicked. Having the ‘Best Theatre Director In Ireland’ tm help us out is an amazing privilege and she really kicked Scratcher‘s arse (in a good way). We think that we’ve a much better play after she gave us her 2 cents on it and it’s invaluable for wee ‘uns such as ourselves to receive the assistance of The Corn Exchange. We’ve made some cuts, reblocked some scenes and tightened it up all round. All in all, we’ve a better play.

Oh, and we also released our Dublin promo video. It’s this one here. I hope it causes people to invade Scratcher during THE THEATRE MACHINE TURNS YOU ON: Volume II. However, there are still things we have to do. Here are 5 of them. 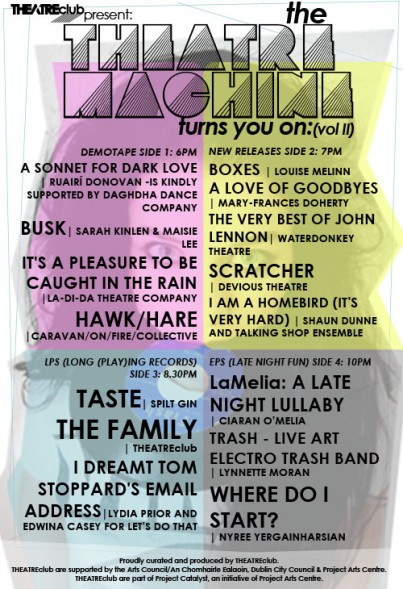 3. Get To Dublin: We’re fitting everything into Ken’s van (so we hope) and then we’re going to get a JJ Kavanagh’s up because the carpool killed us last time when it came to parking fees. The lesson we learned here is: always use public transport (but never bus Eireann, it’s shit)

4. Cut and Paste: We’re not 45 minutes long yet. We tried but we’re not. So we’re going to make some cuts for Dublin and then stitch them back in for Kilkenny. Sorry Dublin audiences but you’ll miss the dance sequence to Leslie Gore’s classic ‘Sunshine, Lollipops and Rainbows‘ 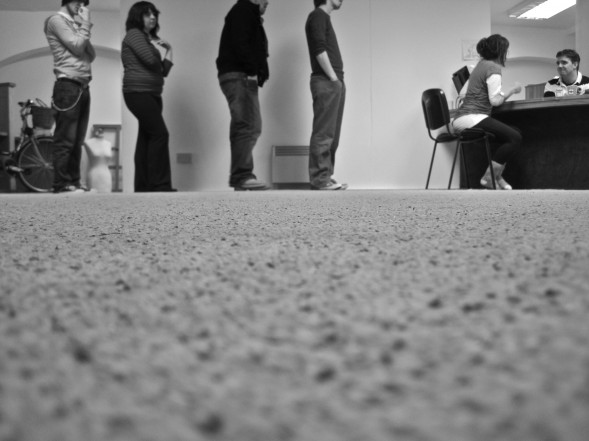 5. Cause A Revolution: Well, it’d be nice to get people leaving the theatre thinking about changing things. And in a proper, proactive way. And with a nice dash of solidarity. The political elements of the play have taken on a new relevance in the past few weeks and our rehearsals have featured a lot of current affairs chit chat. It’s been enlightening, fun and definitely puts a bit of pressure on us to make our voices loud and clear. Hey, there’s an election coming up, you know?

Scratcher opens in Dublin next Thursday February 17th as part of The Theatre Machine Turns You On: Volume II. Tickets can be booked here. 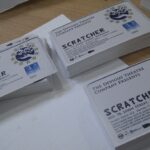 Previous Story
Get In Line
→ 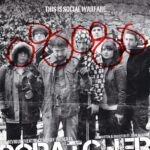