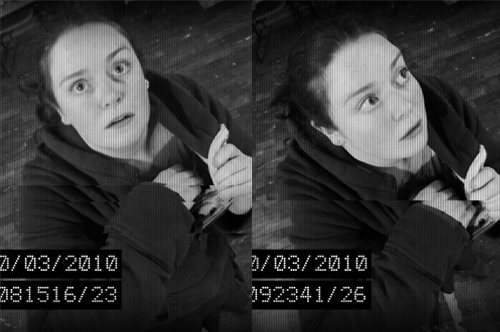 Angela Barrett is a founding member of Devious Theatre. She is making her debut appearance with us in Can’t Pay? Won’t Pay!

1. You’re one of the founding members of this company and this is your first play with us. What’s taken you so long Angela?

I think the real question here is what has taken you all so long to cast me in anything? I mean sure, I have been living in London and New York for the past three years and have not been in the country while the shows have been going on but really you could have at least offered me a part so that I could come home for once!

She is very like me. She is really good at making up lies and passing them off with conviction. She loves telling stories and being in the middle of whatever is happening and most of all she is really funny, again just like me. But on a serious note she is a very strong individual who is willing to fight for what she believes in, she just hopes that her husband won’t find out.  Margherita is her best friend and although it seems like she plays her a lot I think she is just trying to push Margherita to do something for herself.

3. What’s been your favourite thing about working on this play?

It has to be actually performing again. It has been over a year since I have acted in a show and it is so nice to be heading back onto the stage. This is completely different than anything i have ever done so I am finding it really challenging which I think is really good for me. I’m used to doing Shakespeare and Ibsen which I keep being reminded we are not doing. You have to play everything large, it’s not natural in the slightest which I find really scary as it is against everything I have ever been told before but it’s really good fun.

I am also really enjoying working with people my own age again. Its lovely working with Dreamstuff but sometimes its nice to be the youngest person in the room rather than the oldest. It makes me feel youthful.

4. How has the make up helped your performance?

It gives the final touch to the overall look of the actors I am playing against which really helps me to get into the performance. It really exaggerates everything the other actors are doing and when you see them being big it makes you start to get bigger as well.

5. Can we please have a description of the play in 5 words?

6. What do you think people should take from this play?

Programmes and a fire inside them to change the world one small step at a time.

7. Have you ever shoplifted?

My lawyers have advised me against answering this question for the time being until the shoplifting case with that unnamed shop has been sorted. Ask again in two months.

8. Would you ever kiss a guard? Really?

9. Which politician would you love to slap round the face with a wet haddock?

If I was to answer this I am afraid I would be taken away and killed during the night.

Nerves? What nerves? God John I don’t know what you are talking about… I always look this colour… I always speak this fast… I am always about to get sick… I’M FINE STOP ASKING ME IF I AM OKAY!!!!!!

One Reply to “Public Enemy No. 2: Angela Barrett”