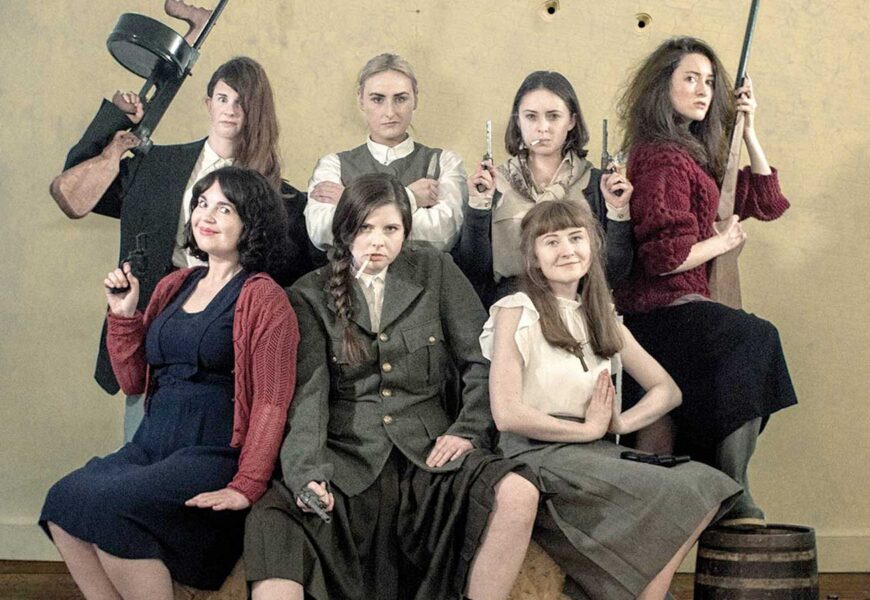 After a failed assassination attempt on Eamon de Valera, a rogue Cumann na mBan unit flee across the Atlantic to escape the law. With Prohibition in full swing, they earn their keep by making bootleg poitín and selling it on to the Chicago mob.

But it’s not long before a gang war breaks out with them caught in the middle, and the lethal skills they honed back home hunting Black and Tans are taken to the bullet-strewn streets of the Windy City. From Devious Theatre, the Kilkenny company behind the 2016 smash hit The Hellfire Squad, comes the second blood-soaked, blackly-comic installment of the Ripping Yarn Trilogy.

The Roaring Banshees was performed at The Watergate Theatre, Kilkenny from August 1-3rd and Smock Alley Theatre, Dublin from August 12th-31st.

“On a floor resembling an Art Deco detail in Áine O’Hara’s set, the terrific ensemble are gathered into defiant poses, facing into great blasts of smoke” – Musings In Intermission