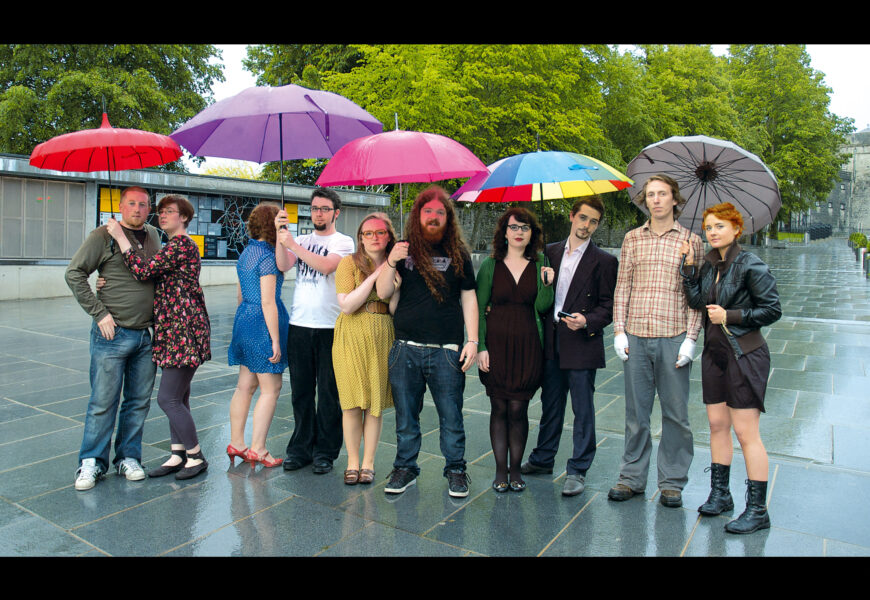 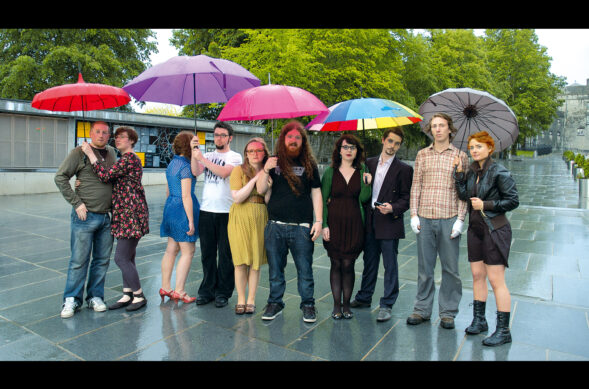 Smitten is a play that wants to be a musical. Written by John Morton, it marked the third part of our ‘In The Future When All’s Well’ residency in Kilkenny Arts Office following on from the success of Scratcher and Shifting.

Claire used to be a nurse but then she emigrated. Now she’s returned home from South America with her tail between her legs only to discover that finding her feet on home soil is proving harder than she expected. Especially when everyone else is shaking off their brollies and getting ready to head for greener pastures. As Claire tries to enthuse herself about settling in Ireland, she realises that life is not the Technicolor fantasy that she projected as a teenager and no amount of song or dance is going to help that. If the musicals have taught us one thing, it’s that there’s no place like home. But why does it have to be so black and white?

Smitten first opened in Cork on June 16th at Solstice as part of the Cork Midsummer Festival. It then marked the conclusion of Devious Theatre’s Kilkenny Arts Office residency when it played No. 76 John Street from June 26th – July 2nd. 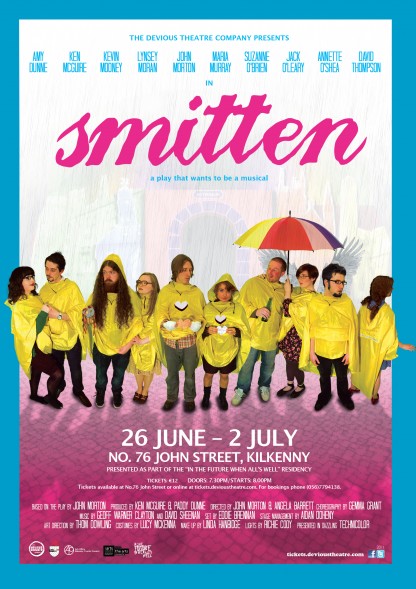 “Morton uses all characters to convey the myriad of emotions we all experience, whether female or male but he encourages us to fight against them and think before we act.” – Darragh Doyle, Yay.ie

“As ever, there is a newness, a freshness, an in-your faceness about Morton’s work” – Liam Murphy, The Munster Express.

One Reply to “Smitten”