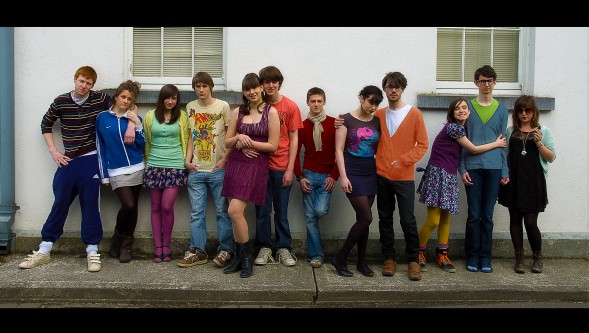 The second part of our In The Future When All’s Well season in Kilkenny Arts Office, Shifting by John Kennedy is a comedy set at a house party taking place in the Sycamores area of Kilkenny City where a group of young friends attempt to kick off their last summer together before going their seperate ways to college, work and uncertain futures. However secrets, lies, gatecrashers, feuding bandmates, sloppy seconds and soiled carpets threaten to ruin the night before the celebrations can even get started. This play put the focus of the future on teenagers about to step into the black hole of uncertainty that is adulthood in modern Ireland. Trying to stick together, but certain of moving apart, the future is a tough place to grow into. 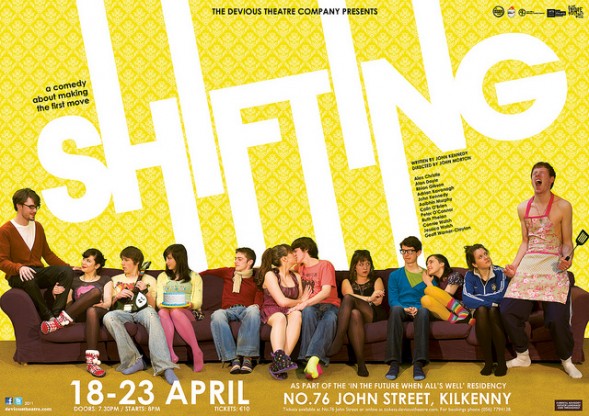 ‘I Know Very Well How I Got My Name’ written by Morrissey.

Devious Theatre Company: The Next Generation arrived with a bang last week. Presenting Shifting, with a new cast including new writer John Kennedy, their sharp, highly comedic performances met with standing ovations on opening night and throughout the week. – Tess Felder, The Kilkenny People

The young author and actor John Kennedy has written a remarkable work that is clearly character driven rather than issues driven as so much youth theatre is. – Liam Murphy, The Munster Express

John Kennedy has repaid this gamble with a fine piece of writing which is very tense and funny but equally not afraid to handle dark matters. Showing a huge maturity of approach while keeping an ear for his age group’s turn of phrase, this never feels forced or gauche. – Darragh Byrne, The Kilkenny Reporter