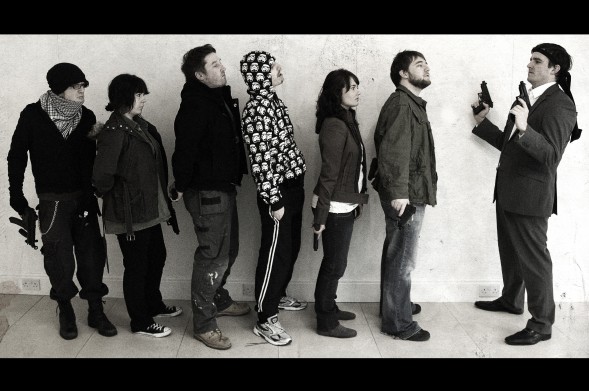 On a rainy Tuesday morning in an unnamed town in a non descript social welfare office six people stepped out from behind the statistics and they made themselves known. They had actual faces and voices. They brought the live registrar to life.

They had demands, they had plans, they had broken dreams and one way tickets. But more than that, they had guns. Which, as they made known, is mightier than the pen. They were making the sentence fit the crime.

This is social warfare.

Scratcher by John Morton was performed February 17th 2011, Project Arts Centre, Dublin at The Theatre Machine Turns You On: Vol II; February 22-26th, 76 John Street, Kilkenny as part of In The Future When All’s Well residency. 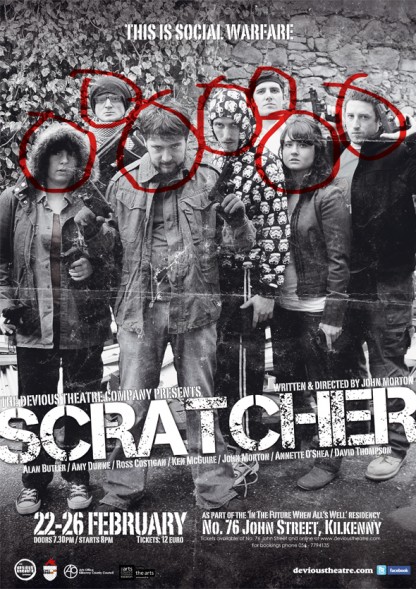 Scratcher was mentored by Annie Ryan of The Corn Exchange

“What is particularly refreshing about this piece is how unabashedly it addresses the plight of the young unemployed in Ireland, who daily face the specter of emigration” – Jesse Weaver, Irish Theatre Magazine

“This reviewer has been lucky enough to witness the birth of Ireland’s three finest contemporary playwrights – Martin McDonagh in Galway, Enda Walsh in Cork and, not so long ago, John Morton in Kilkenny. Now John has surpassed his first offerings with the most important work to emerge about the recession in any medium.”  – Darragh Byrne, The Kilkenny Reporter