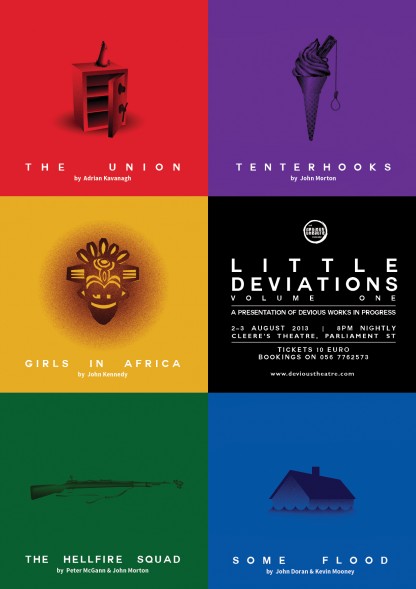 Little Deviations: Volume 1 consisted of five pieces taken from new material commissioned by Devious Theatre. This was our first opportunity to take the work we’ve been making over the previous twelve months and test it out in front of an audience. The show played Cleeres Theatre, Kilkenny on August 2nd and 3rd 2013. The following teams of writers, actors and directors presented the following shows.

GIRLS IN AFRICA
by John Kennedy

THE UNION
By Adrian Kavanagh

THE HELLFIRE SQUAD
by Peter McGann and John Morton

SOME FLOOD
By John Doran and Kevin Mooney