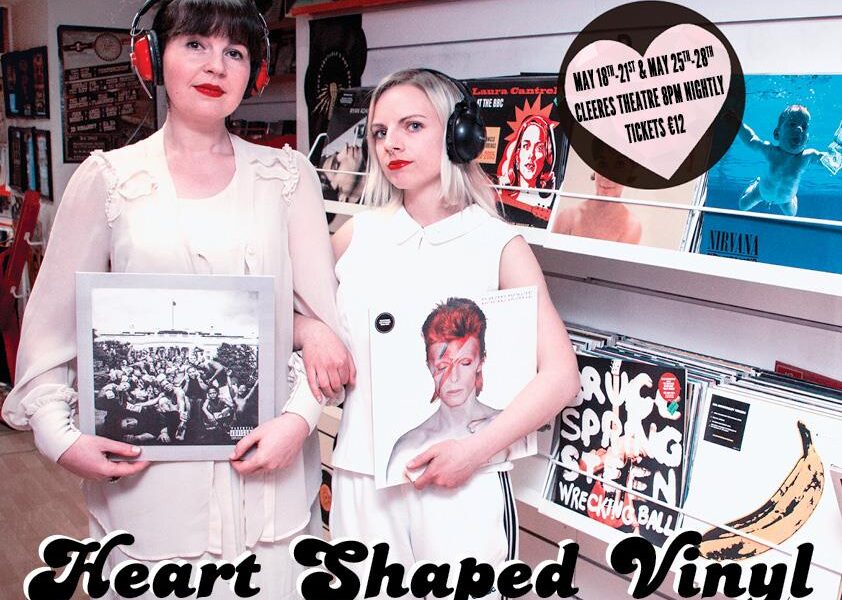 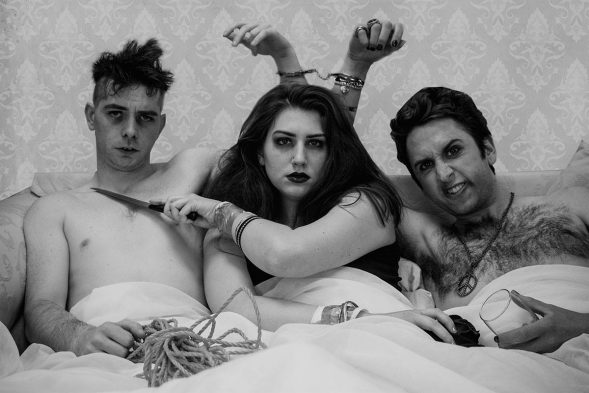 Heart Shaped Vinyl by John Morton is a theatrical mix tape focusing on pop music, relationships and a whole lot of heartbreak over the course of six decades of changing musical trends in Ireland. Originally set between 1963 and 2006, this new production of the show added a brand new story set in the years 2014 and 2016. The play is broken into Side A and Side B, both of which tell different sides of six different stories featuring an ensemble cast of 14 actors.

Heart Shaped Vinyl was the first release of our 10th anniversary Devious 10 programme. It was first performed in Cleeres Theatre in August 2006 and restaged again for sell out runs in June and October 2007.

Heart Shaped Vinyl is the first play written by John Morton. It was performed in Cleeres Theatre, Kilkenny from May 18th to 21st and May 25th to 28th 2016 as the first performance in our Devious 10 programme of work. 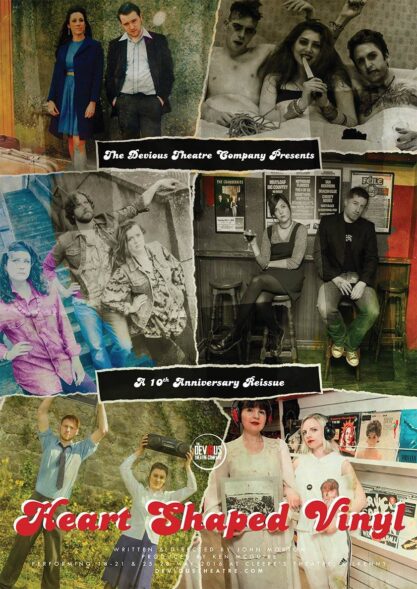 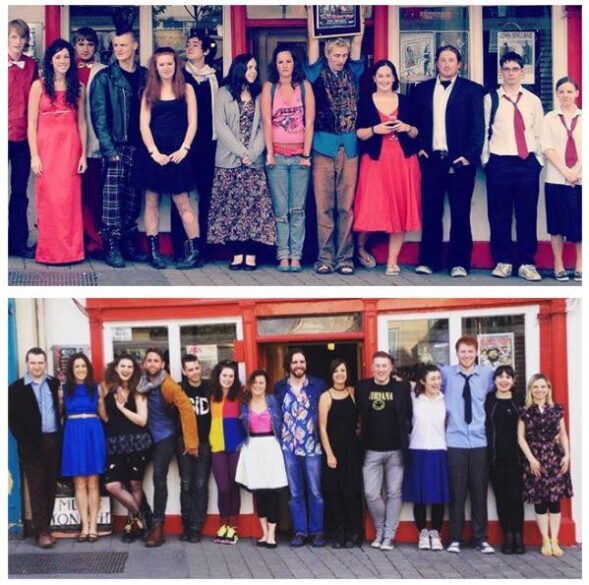 “The action is fast and furious filled with laugh out loud moments from the uniformly excellent performers.” John Cleere, The Kilkenny People