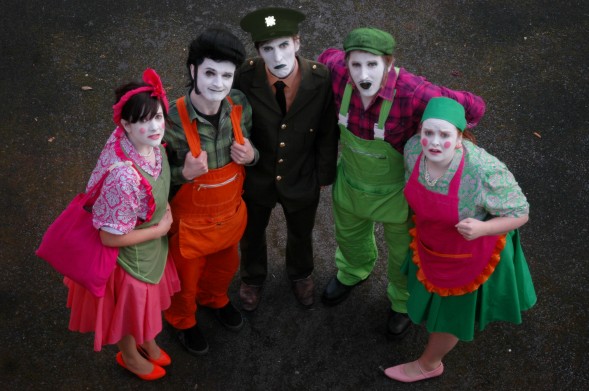 The second part of our Dario Fo Season, Can’t Pay? Won’t Pay! tells the story of two working class women, Antonia and Margherita, who are frustrated by rising prices and struggling to make ends meet. Along with the other women in their neighbourhood, they decide to rebel against the cost of living by taking goods without paying. However, hiding the shoplifting spree from their husbands and the pursuing authorities might prove a little trickier than expected. Another one of his trademark political farces, this play saw Fo tackling issues of inflation, unemployment, worker’s strikes and union interference, once more tied up in the framework of a wild, slapstick comedy. It performed March 10th to 14th 2010 at Set Theatre, Kilkenny 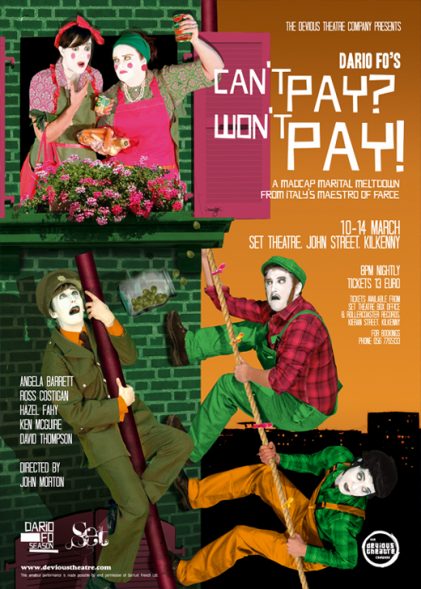