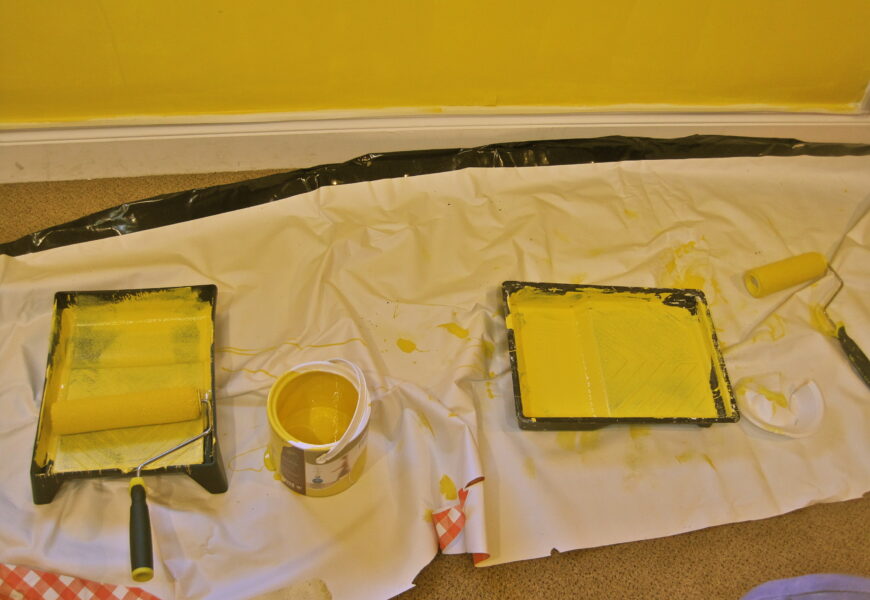 One of the best aspects of doing a theatrical residency is the fact that we get to reinvent the space for every production. We had a lot of fun creating the heightened dole office atmosphere for Scratcher. Over the past week we’ve been transforming No. 76 into the sitting room set up for our new production Shifting by John Kennedy. 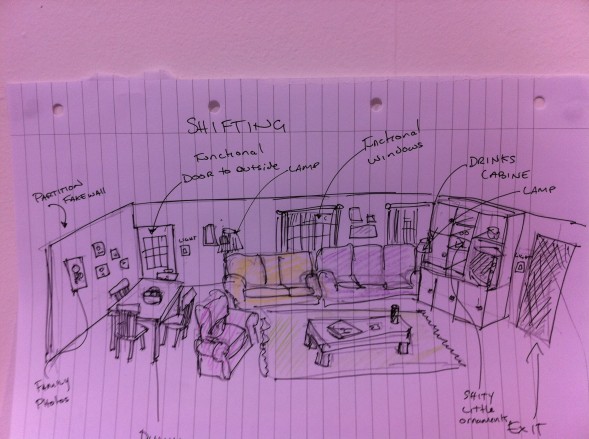 While the script was in development our set designer Eddie Brennan was hatching a plan for how to stage it in Kilkenny Arts Office. The house party setting lent itself perfectly to the building and all its ready made doors, walls and windows.  There’s nothing heightened about this one. It’s a straight up sitting room, fully functional with the added benefits of natural light which we’ll be using in the play. Well, providing typical Irish weather doesn’t go against us. For a play set in real time, it was important to have a detailed set that the actors could get fully immersed in, interact with and that will hopefully thrust the audience right into the action.

Our crack team of theatre makers have been moving, building, cutting, painting and decorating over the past few weeks and it’s really transformed the space into, well, a living room. Just like the poster, it’s very yellow… very yellow. Which hopefully will give the play a very specific look that will match it’s unique set. The addition of a large widescreen tv and an XBox 360 is something we fear will cause endless distractions during rehearsals and Pro Ev tournaments for the next forthnight. 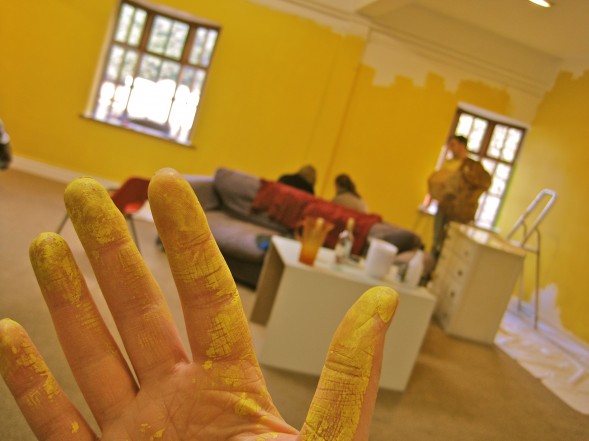 So, with a good chunk of the set in place, it’s really started to come to life when the actors get in there. They’re getting a lot more comfortable in there and the play is starting to display a whole new energy. The photos here will hopefully give you an idea of the transformation of the space. There’s an awful lot more to do, but we’re confident that it’s going to look exactly as we intended. 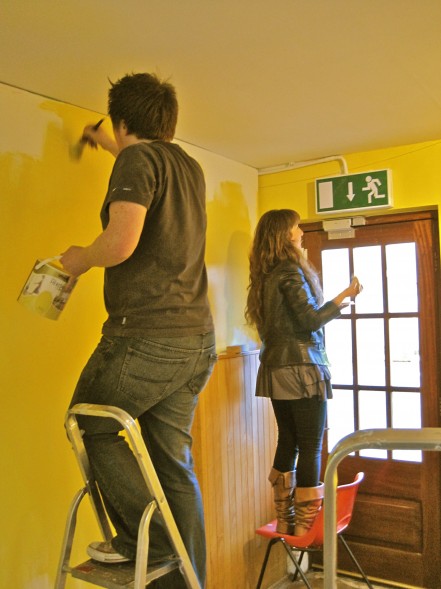 One of the last things we need is a good solid rug. It’ll really tie the room together. 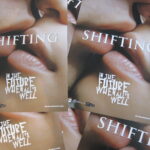 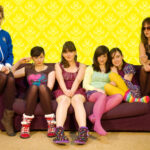