Paddy Dunne Has A Weblog

Since a few of us all have blogs that cover our fields of interest (both Devious and other) we said we’d stage a little introduction to us, what we do and what those said blogs involve. So here’s the first such post. 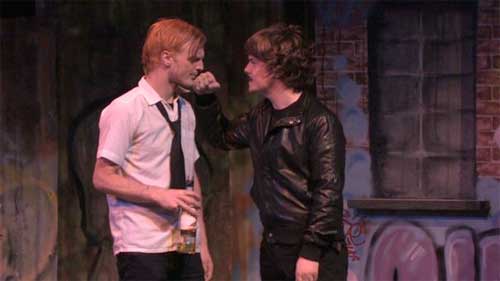 Paddy Dunne has been on the good ship Devious Theatre for nearly 3 years and it’s safe to say that without him, the company wouldn’t look quite as swanky as we do.

Paddy has been chiefly responsible for our promotional design since the very first production Heart Shaped Vinyl back in August 2006. Since then he’s lent his extensive skills to the promotional campaigns for the revival of Heart Shaped Vinyl (The 5 decades of music teasers), Cannibal! The Musical (the slightly sacrilegious Last Supper homage) and the rainy, neon Kilkenny set poster spots for Smitten. However, the height of Paddy’s commitment to poster campaigning came with the 10 poster strong Trainspotting set which saw the characters of Irvine Welsh’s novel get a new reintroduction in time for last June’s production. A truly astonishing piece of work by Paddy and something we’re all quite proud of.

As an actor, Paddy has appeared in Cannibal! The Musical and Trainspotting (above, as Uncle Cha Cha.)

Paddy works primarily in the field of graphic design and also works as writer/director/actor on the web sitcom Vultures. His blog covers all of Paddy’s preoccupations, interests and of course, work. It’s called PaddyDunneHasAWeblog and with a quick click on it, it’s there for the reading. 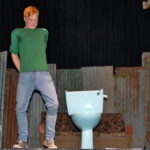 Next Story
We’re Off To The Irish Blog Awards 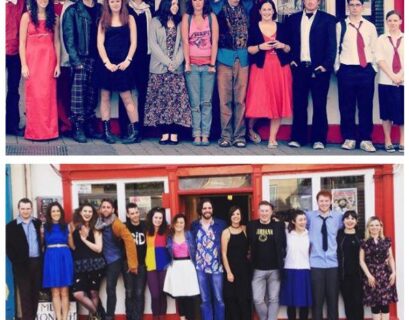 Thank you all SO much for attending Heart Shaped Vinyl over the past two weeks in Cleeres Theatre. 10 years from when we started up, we...
Read More → 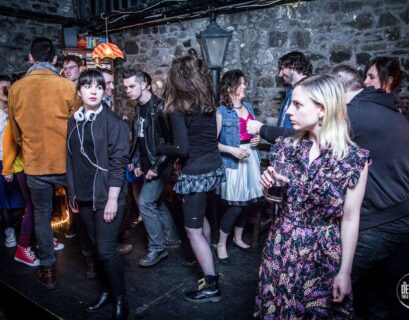 Play Until Fade Out…

This weeks entire run of Heart Shaped Vinyl in Cleeres Theatre has been sold out. All four nights for this week are gone with a small...
Read More → 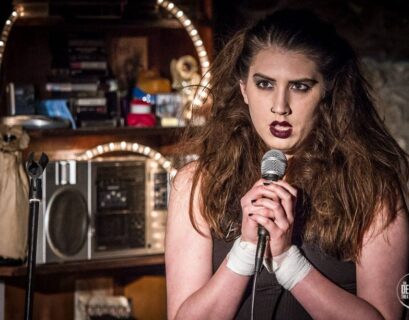 Cranking Up The Jukebox

We cranked up the jukebox last night and belted out the first performance of Heart Shaped Vinyl. HUGE thanks to the packed house that came...
Read More →

2 Replies to “Paddy Dunne Has A Weblog”