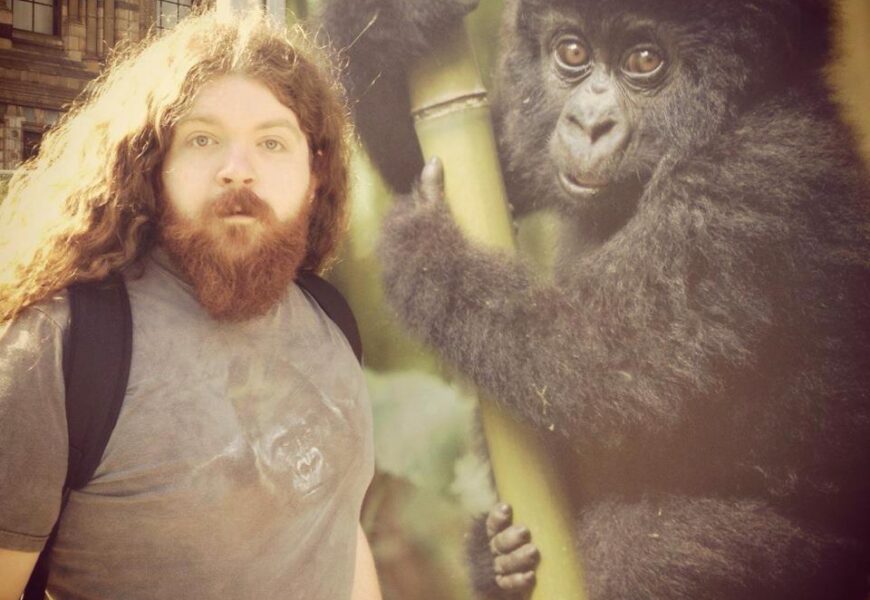 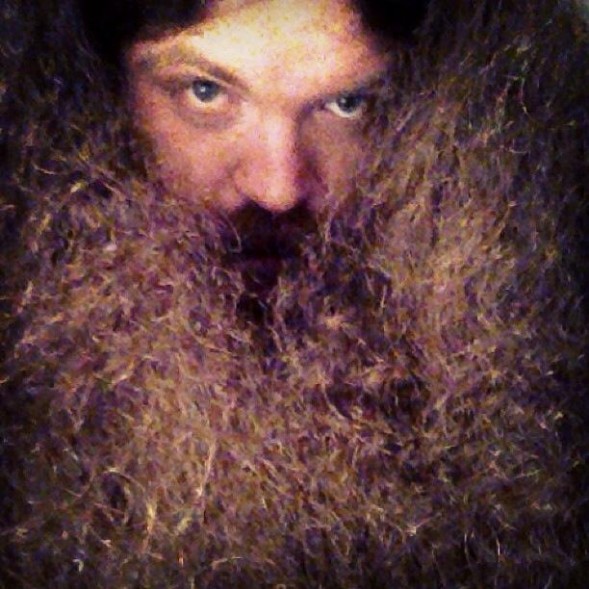 If his name strikes up images of Biblical floods, parting seas, fast flowing rivers and leading people on a mad party, then that’s probably the right effect.

Moses Moorhouse is the man behind the original score for Some Flood. And it’s a demon collection of apocalyptic tuneage. We’ve been very lucky over the years to employ some fine and talented Kilkenny musicians to score our plays with the likes of Supernova Scotia’s rain dancing Smitten musical numbers to Replete’s stunningly atmospheric Night Of The Living Dead score. And now we’ve got a fully loaded Moses Moorhouse bag of tunes and we couldn’t be more excited. Moses has past form with Devious Theatre, where has often used the moniker of Jack O’Leary to act in productions like Smitten and Cannibal! The Musical. Outside of his acting, he has plied his musical trade for many a year to savage effect. If you’ve seen and heard him play, you know the deal. If not, you’re really in for a treat.

Moses talked to us about the working process on Some Flood, his influences and scoring theatre.

Influences on the score:

It’s a hard one to put a nail on truth be told. A couple of them started off as piss takes on more mainstream artists like Pharrell with his Happy song on Havin d’Craic. But then there’s the likes of NIN and Arcade Fire who have those real cinematic sounds to their music. I just love that epicness that they have so their influence was quite important to me.

I live in London but John and myself have had a Whatsapp relationship bordering on creepy levels of closeness the past couple of years, so it wasn’t as difficult a process as we thought. Like, we talk EVERYDAY. It’s freaked out girlfriends and friends and ourselves alike. But it was great because we would just consistently audio message each other what we want or need to change. It was difficult at times as you do just need to describe these things in person sometimes but sure we tried our best to figure it out. It worked though so we’ll be doing it again!

On creating a soundtrack for theatre:

I think with myself and the boys, we knew we where going to be making more of a movie based soundtrack than a play. I’ve acted in plenty of Devious Theatre plays over the years and always loved how ye nailed a cinematic feel to theatre (so eejits like myself are consistently enthralled watching them) so we figured that was the sound we were going for. Saying that though, at first it was difficult with me being in England to know how a scene is actually going down, so we cheated and they fitted the scene to whatever I emailed them! But I’m hoping it works! With regards recording my own stuff, that was definitely a first. I’m inexperienced with Logic and tremendously short tempered with technology so it was a scary procedure. But after many tears and a couple of holes punched into my kitchen wall, it seemed to work out.

To hear the results (and not just in the play itself) here’s the full Some Flood soundtrack in all its glory.

And you can hear the entire score played out during Some Flood when it hits Cleeres Theatre, Kilkenny between the 11th and 15th of March. Book your tickets here or on 056-7762573. 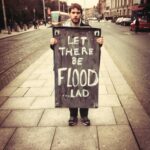 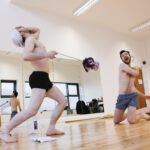 Next Story
Opening The Floodgates