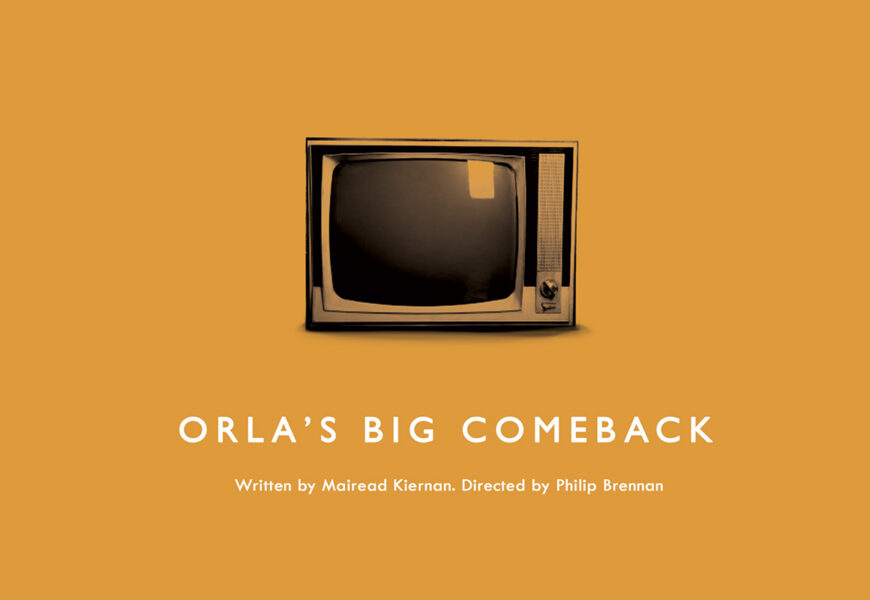 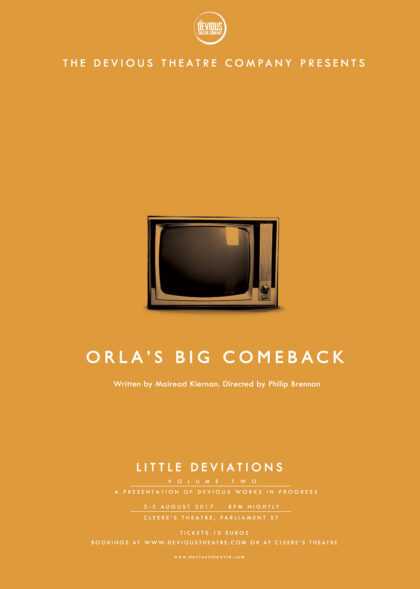 Cast: Hazel DoyleOrla’s life has been governed by Ireland AM for too long. 2,730 hours too long in fact but who’s counting? Orla, an ambitious journalism graduate, feels trapped by the hours that she has spent watching Ireland AM with her twin sister Dee, an Ireland AM super fan with severe health problems. However, the show Orla once resented so intently becomes a source of inspiration and solace to her when she is forced to stake out her own independence.Mairead Kiernan is a freelance writer, mainly for screen. She has written two short films, both as Gaeilge, including the award winning Eadrainn Féin. She has also written for Red Rock and Fair City. This is her first original work for the stage. She wrote the first draft on an Artist’s retreat at the Moth Retreat in County Cavan. She has also worked as an actor for Devious Theatre appearing in Heart Shaped Vinyl, Stags and Hens and Trainspotting. 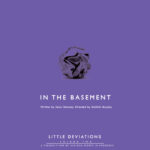 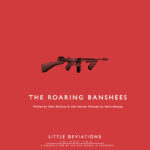 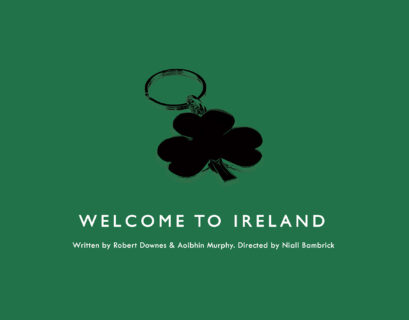 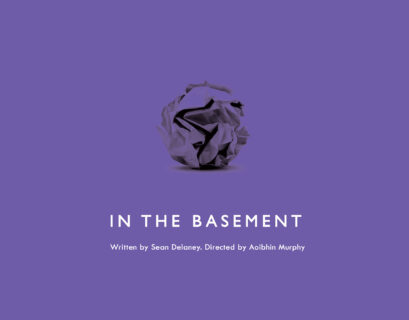 Little Deviation #3: In The Basement