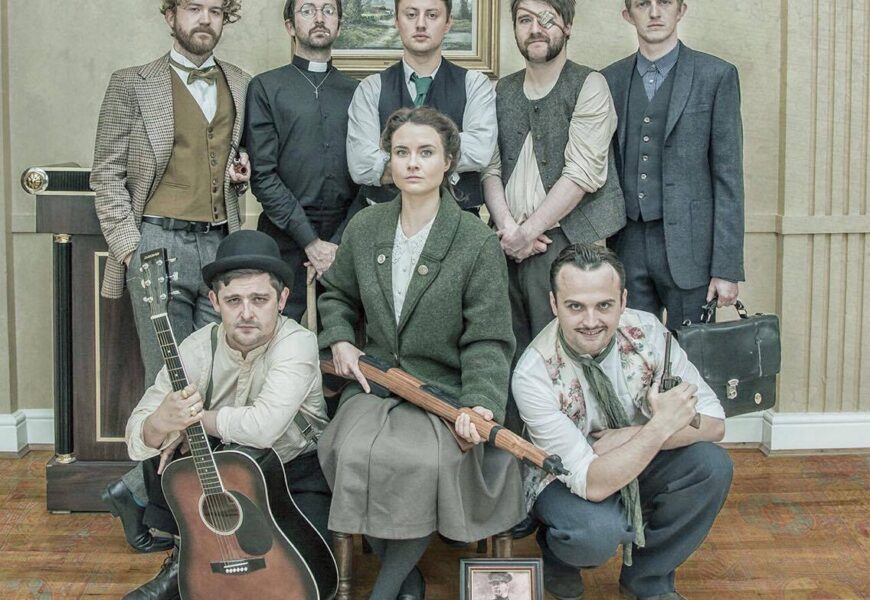 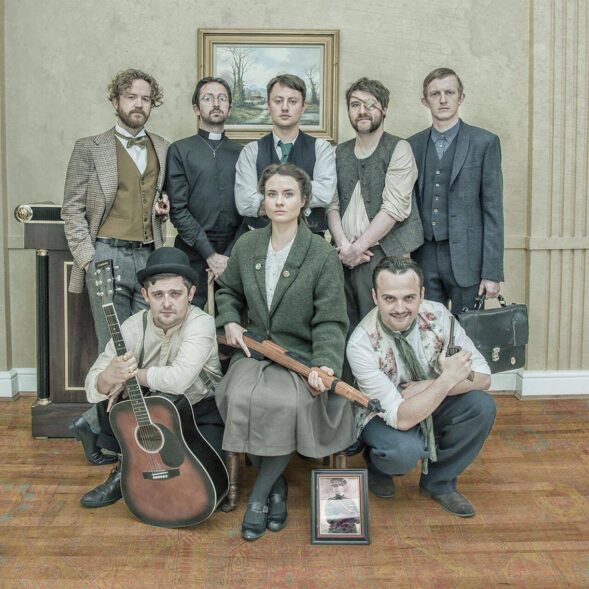 Say your prayers, The Hellfire Squad have risen.

Here’s your first look at the cast of characters in our upcoming production. Michael Collins list has been made flesh. Back Row (L-R): Ed Murphy, Dave Fleming, David Fennelly, John Morton, Stephen Colfer. Front Row (L-R): John Doran, Annette O’Shea, Peter McGann. Their characters and roles in the Squad will be revealed in an upcoming character poster.

Join us in Dublin in Project Arts Centre from July 18th-23rd and Watergate Theatre, Kilkenny from July 28-30. Tickets are onsale now. 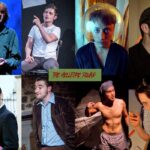 Previous Story
The Chosen Ones
→ 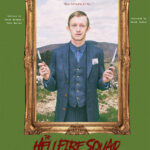