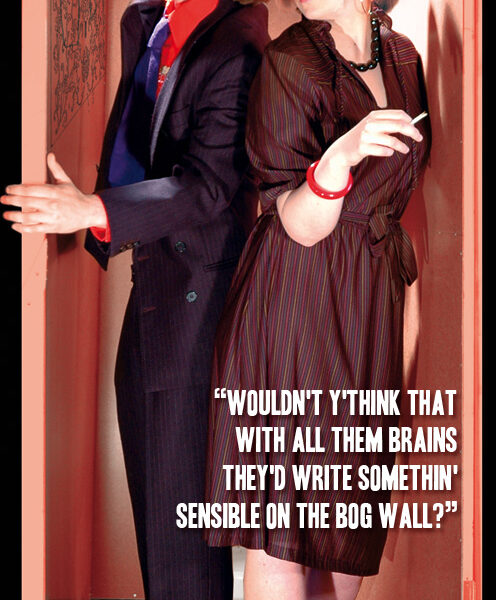 This is the first introduction to the cast and characters of our upcoming production of Stags and Hens by Willy Russell. And first off, it’s the characters of Kav and Frances.

Played by Geoff Warner Clayton, Kav is the chirpy, cheery one of the lads out on Dave’s messy stag do. He also has quite the artistic streak in him with a serious talent for redecorating the walls of Liverpool’s many run down bogs. Geoff Warner Clayton has previously appeared with Devious Theatre in Smitten as Mark.

Played by Maria Murray, Frances is the best friend of Linda, the bride. Outspoken, ballsy and frequently chain smoking, Frances is the hen who makes sure there’s no misbehaving going on. Especially where Linda is involved. Maria Murray has previously appeared with Devious Theatre in Cannibal! The Musical, Trainspotting, Smitten and The War Of The Worlds.

The character panels are designed by our own Mr. Paddy Dunne and there’s plenty more to come over the next three weeks leading into the show. Stags and Hens plays The Watergate Theatre, Kilkenny from July 21st – 25th. Bookings are now available on 056 – 7761674. 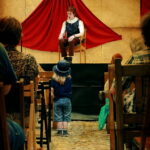 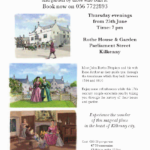 Next Story
Meet The Rothes

One Reply to “Kav and Frances”