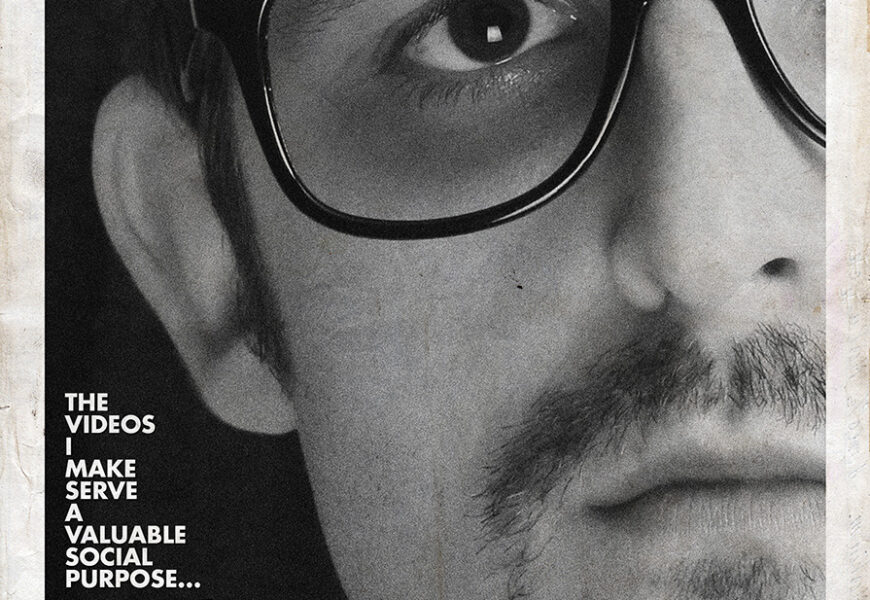 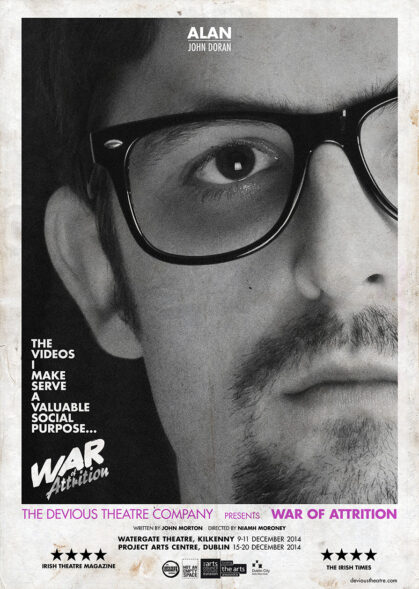 As we approach our production of War Of Attrition this coming December, today we unveil the first of a new series of character posters for John Morton’s play. The posters are designed by Paddy Dunne who has conjured up a brilliant series of posters for War Of Attrition since its Dublin Fringe Festival debut last autumn.

The first shows the character of Alan, played by John Doran. Alan, aka Generalissimo Malaise, is a hugely popular blogger who targets the ‘everyday arsehole’ online.

John Doran’s previous stage credits with Devious Theatre include Cannibal! The Musical, Stags and Hens, Shakespeare In Bits and the upcoming radio serial Vultures. He was also the co-writer and director of this years production of Some Flood.

Directed by Niamh Moroney, War Of Attrition plays The Watergate Theatre, Kilkenny from December 9th-11th followed by a run in Project Arts Centre, Dublin from December 15th-20th. Book your tickets by clicking the venue of your choice! We’re so web savvy… 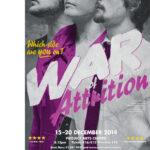 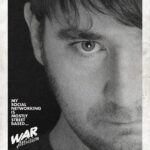