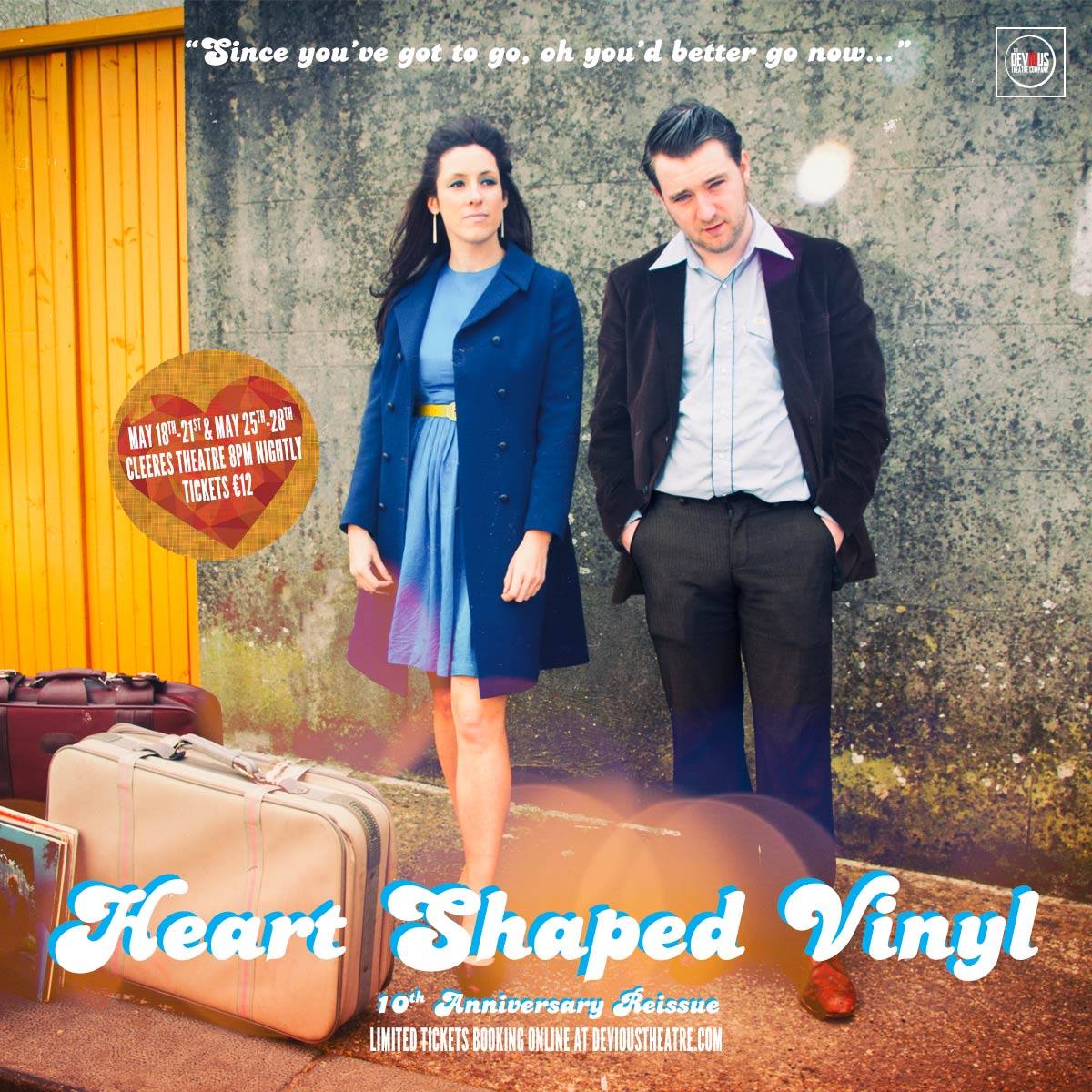 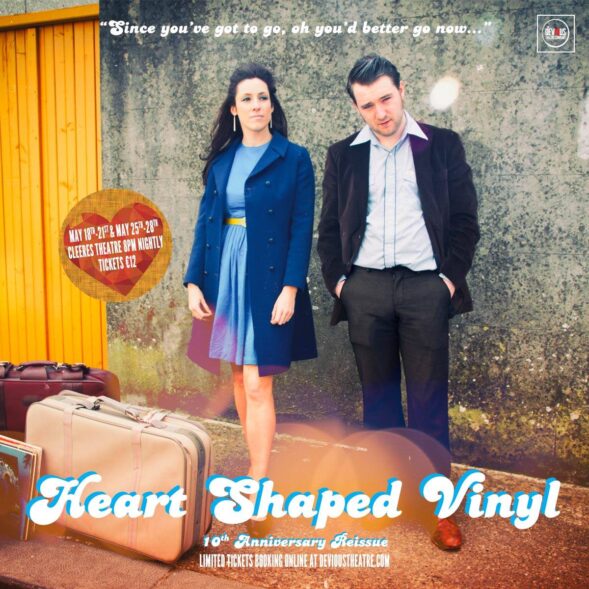 The first album cover for Heart Shaped Vinyl has landed and we’re kicking things off in chronological fashion with the 1960’s.

The Windmills have broken up after a disastrous gig. Julie’s going solo. Is Gerry going with her?

Gerry and Julie reunite to talk about the showband days. But they’re both having second thoughts.

Simone Kelly and John Morton return to play the parts they originated in the first version of the play in 2006.

Simone Kelly reprises her role here after playing Julie in the 2006 and 2007 productions we staged. Other Devious Theatre credits include Beulah in Cannibal! The Musical, Lizzie in Trainspotting and Maria Feletti in Accidental Death Of An Anarchist.

John Morton is the writer of this play and directs it here for the first time. He last directed The Union in 2015. Onstage credits with Devious Theatre include War Of Attrition, Bash, Smitten, Scratcher, Trainspotting and Cannibal! The Musical. For us, he has previously written Smitten, Scratcher and War Of Attrition. His last play Taboo was produced this past February in association with White Label.