We’re delighted to say that The Devious Theatre Company is officially one year old. We’re not marking the occasion by going wild just yet (though we’ll have something planned soon enough) but we’d like to thank everyone we’ve worked with in the past year and continue to work with.

This date late year myself (Ken), John, Kevin, Niamh and Angela sat around a table outside The Marble City Tea Rooms and unleashed a mountain of planning that would become The Devious Theatre Company in a short space of time. We assigned roles, delegated tasks, and promptly organised our first show ‘Heart Shaped Vinyl’. While we work well as individuals we perform best as a team and over the last year we’ve grown a lot stronger in our roles, to the point where we’re now in pre-production stage of two shows, breaking in two directors, developing scripts and probably piling on a few extra pounds with all the Sunday morning breakfast meetings that have gone on religiously (bar a Christmas break) for the last year. 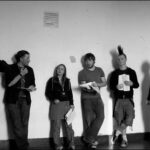 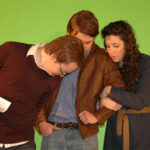 Next Story
Play The Hits