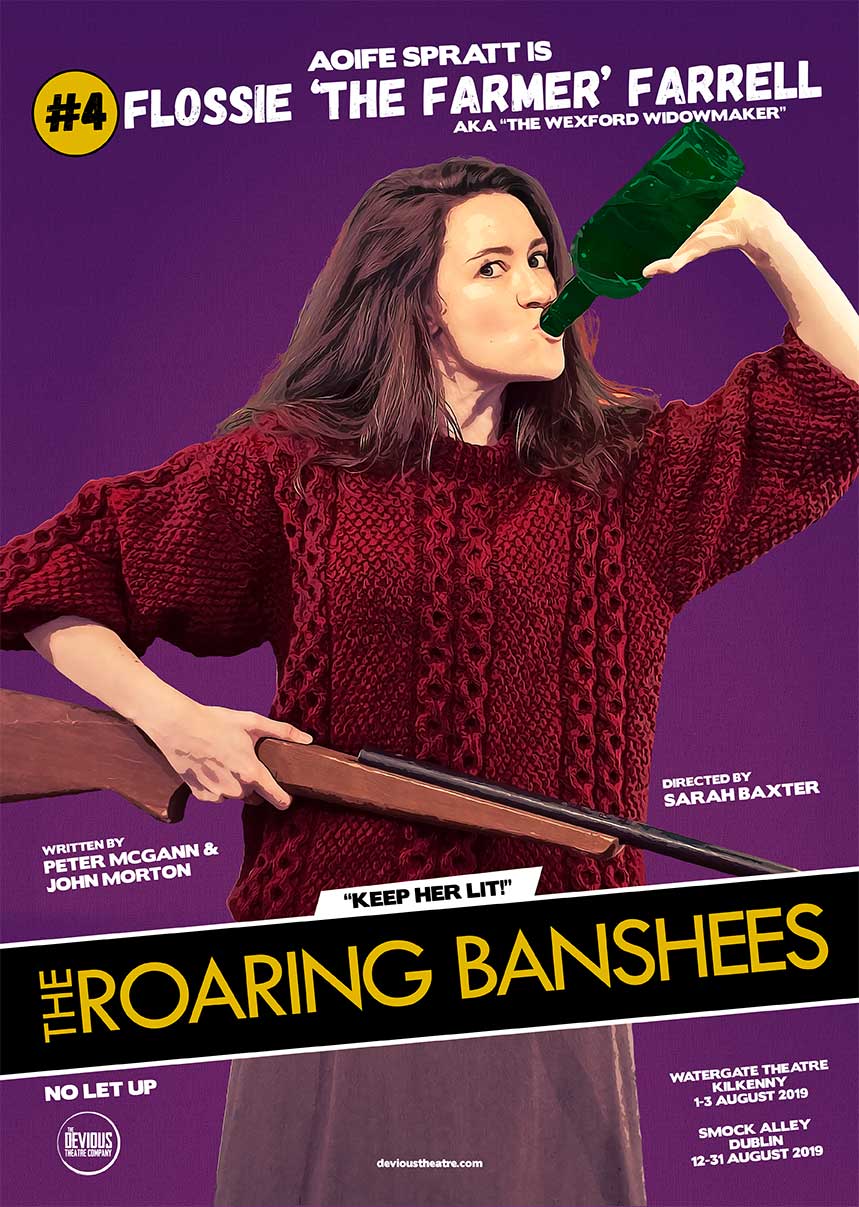 Flossie ‘The Farmer’ Farrell aka The Wexford Widowmaker. Hard chaw, illiterate farmer who loves getting her hands dirty. Not a fan of cities. An expert at brewing poitin. Not to mention killing Tans. The Cook.

The Roaring Banshees are coming.