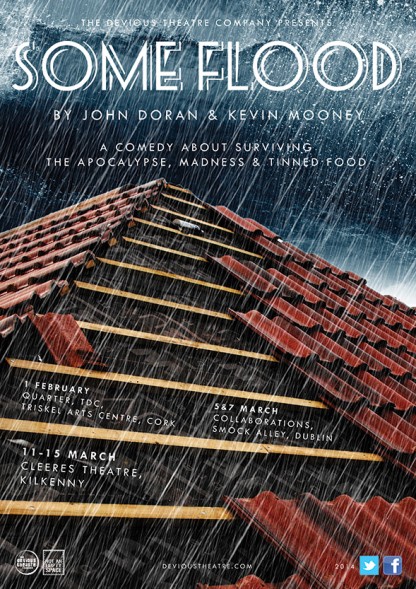 Here’s the first poster for our new production Some Flood.

The new play by John Doran and Kevin Mooney will be hitting Quarter in Cork this Saturday, February 1st at TDC in Triskel Arts Centre for a work in progress showing.

We’re delighted to announce that Some Flood will then play as part of Collaborations, a festival of new work at Smock Alley Theatre on March 5th & 7th. We went to the launch last night and there’s soooo many exciting debut plays in the programme. It’s going to be a lot of fun and we’re looking forward to showing the play as part of it. And of course, it wouldn’t be a Devious Theatre show without a hometown run and this time we’re returning to our favourite stomping ground of Cleeres Theatre in Kilkenny from March 11th – 15th.

There’s been a bit of swapping around with our originally announced line up for the show and now Eddie Murphy will be performing the play alongside Kevin Mooney while co-writer John Doran takes the directorial reins. The above image sets the tone for our darkly comic survival tale of man against nature. Big thanks to Kasia Kaminska for the epic image and the title design was done by our very own Ken McGuire. The rainy theme will continue in our main poster which will land in the next few weeks.

Want an idea of what to expect with Some Flood? Here’s the details:

Tickets are already on sale for the Dublin run and you can book them here. Keep an eye out for an announcement on Kilkenny ticket sales too. As for Cork, you can see us this Saturday as part of the brilliant line up at Quarter! 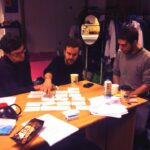 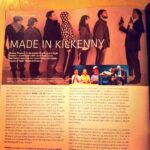