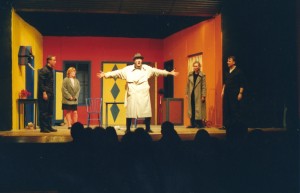 Our upcoming production isn’t the first time that Dario Fo’s Can’t Pay? Won’t Pay! has been staged in Kilkenny before.

A highly regarded production of the play took place in 1992 performed by the New Theatre Group in the Friary Hall, Friary Street. 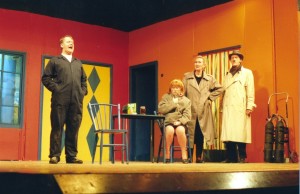 This version was directed by our old mentor Mike Kelly and had a fine cast, some of whom we’ve become well acquainted with over the years!

It was relocated to a block of Dublin flats and the central couples were rechristened Angela, Anthony, Mags and Larry. 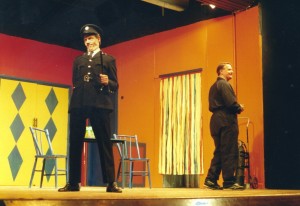 It played in the Friary Hall from Monday 9th to Sunday 15th November 1992 with the following cast: