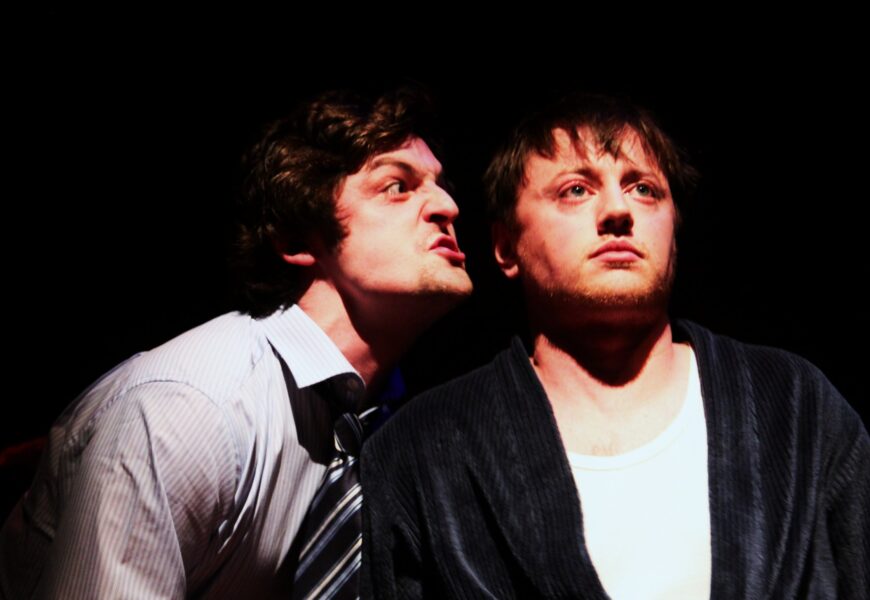 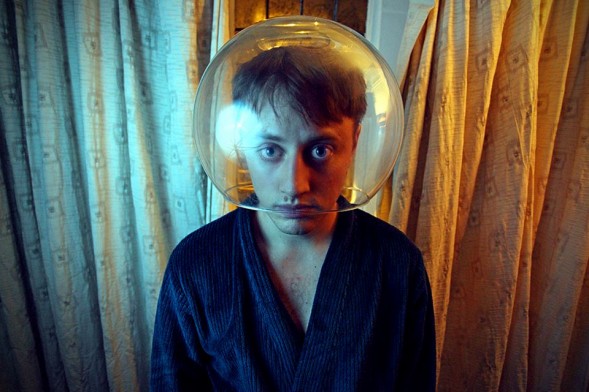 This funny and disturbed drama about one unemployed man and his burgeoning friendship with his social welfare officer opened to great acclaim as part of Collaborations Festival last year. It came back in full length form later in the year for a December run in Smock Alley followed by an acclaimed month long run in Bewley’s Cafe Theatre from March to April of this year. The writer of the show David Fennelly also acts in it alongside John Doran (last seen with us in War Of Attrition and also directing Some Flood). John Morton (who last directed Phantasm for us as well as writing and appearing in War Of Attrition) is the man doing the directing. 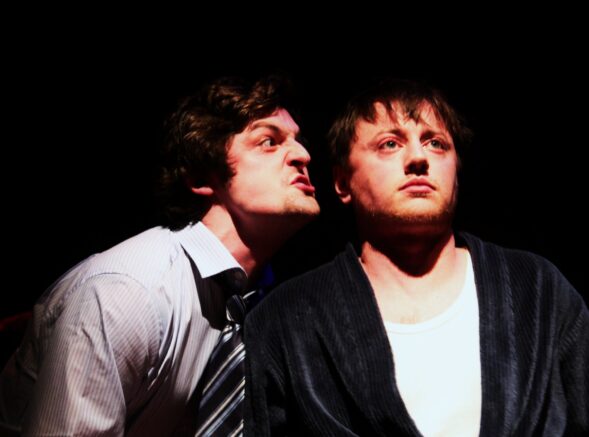 The synopsis for the show reads:

Set in a dingy flat in present day Dublin, a smell of mouldy bread and crusty clothes wafts its way through the nose of poor Larry’s inner thoughts. Desperately passive, Larry unintentionally shines a scorching and painful spotlight on the modern day ‘typical Irish Man’. Greeting his dole officer, Eldridge, in his dressing gown – he is unemployed, heartbroken and hung-over. In truth, he is paralysed by our national pastime and excuse for everything – drink.

With the exception of his drinking buddies, he is friendless. Today he sees his world collapsing around him through the fresh eyes of Eldridge, the first person to actually listen to him, and is faced with the reality that everything is not ‘grand’ and if he does want things to work out he needs to wake up and take life by the balls.

The show has gotten a slew of fantastic reviews over the last few months and has won a large following. If you want to catch some top of the range comedy theatre this week then Fishes is the way to go. It opens tonight at 8pm in Cleeres Theatre and runs until Saturday night. Tickets are €10 and can be bought in Cleeres, booked on 056-7762573 or bought online here. 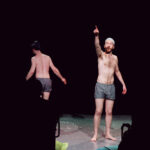 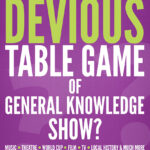