We’re gearing up for a very exciting weekend as we welcome Fishamble down from Dublin. We’re only delighted to be taking part in their New Play Clinic which is another exciting initiative from Ireland’s leading theatre company for new writing.

Fishamble have won numerous awards, accolades and acclaim since forming in 1988. They have consistently toured internationally and have given opportunities to countless new writers over the years. And now we’re very happy to be amongst those receiving their mentorship. Their current project Tiny Plays For Ireland gives a strong representation of the opportunities they provide for up and coming writers along with the calibre of talent they attract to their projects. 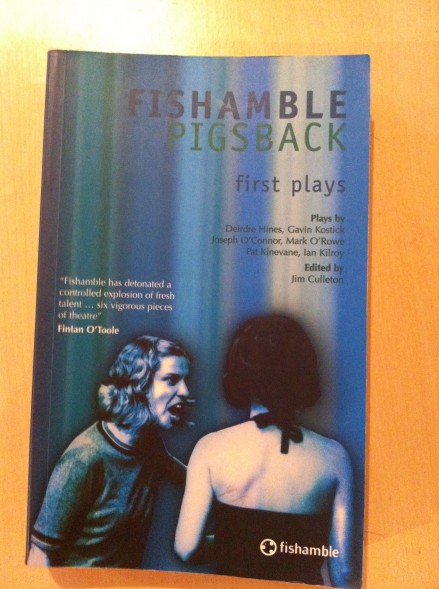 We’ve been brushing up…

The New Play Clinic was set up by Fishamble to provide dramaturgical support for new Irish plays and in recent years has assisted a lot of plays in getting in front of an audience. Considering the reputation of the company, we are obviously very excited about taking part in the initiative as we prepare a new work for production in the coming year.

The play in question is Punctured which has been written by John Morton (Heart Shaped Vinyl, Smitten, Scratcher). It’s another deviation from our previous work and will see us approaching new territory, thematically and geographically. Punctured is a Dublin set urban western about a farmer from down south who rides into the city looking for answers about his daughter’s death. It’s a twisted take on the western packed with good guys, bad guys, stand offs and showdowns. We’ve assembled a great cast for the clinic this weekend and if we’re lucky, they may just stay on board for the final production. They are Brendan Corcoran, Gus McDonagh, Ken McGuire, Annette O’Shea and David Thompson.

We will be working in depth with Fishamble’s Literary Manager Gavin Kostick and we’re looking forward to knocking the script about for the weekend. It’s a massive opportunity for us and a great initiative that we’re very proud to be part of.

We’ll have more on how the clinic went next week. Right now, we’ve to go do the hoovering and get the good china out. 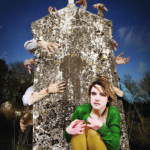 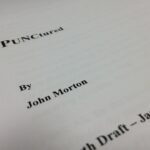