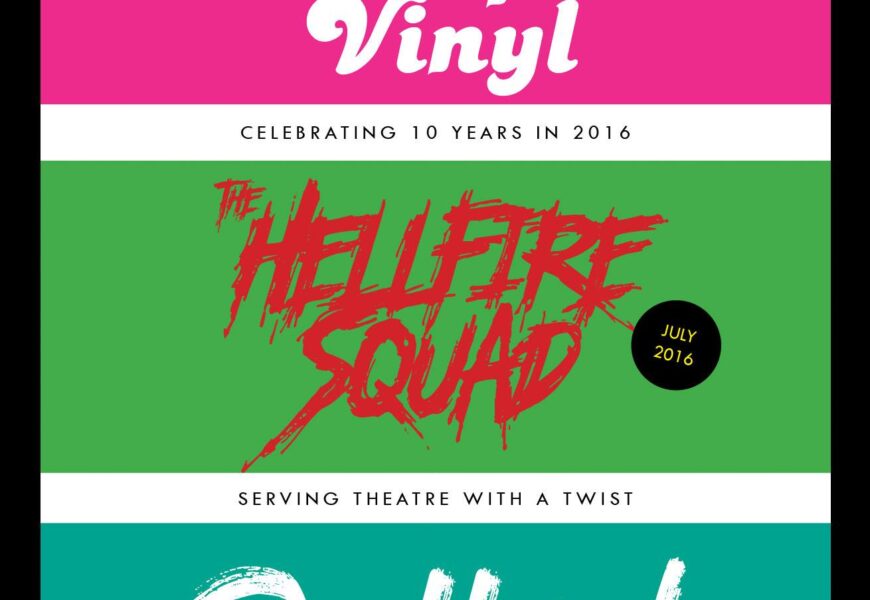 We’ve just launched the full programme for our 10th anniversary programme, the rather bluntly titled Devious 10. We’ll have more in depth previews for each show throughout the week but here’s the quick rundown.

And here they are: 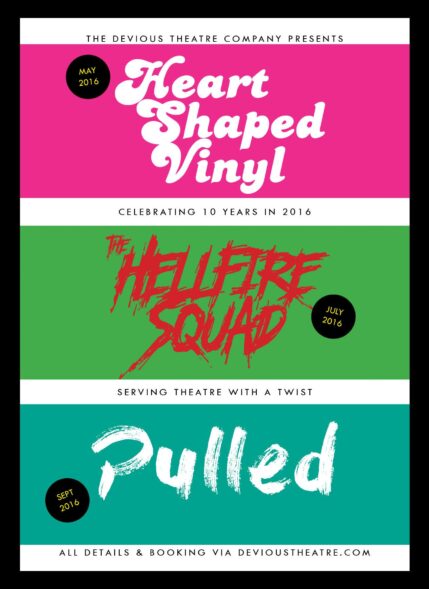 Here’s some details on each of the shows. 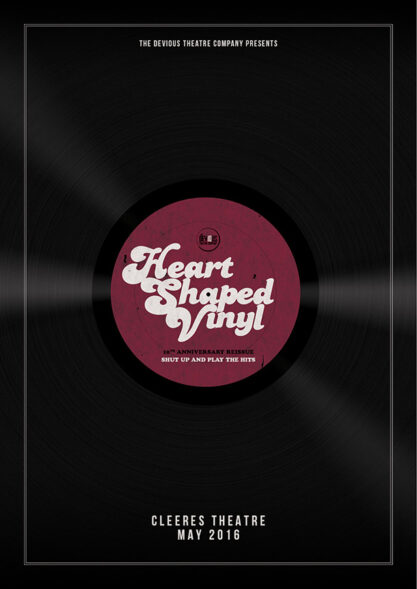 Heart Shaped Vinyl, our very first show, gets a reissue complete with a brand new decade. A theatrical mixtape taking place over 6 decades in Ireland, the show is a raucous comedy about heartbreak and romance, told through the prism of changing musical fads. It is written by John Morton who will be directing a production of his first play for the first time. The just announced cast are a very Devious troupe: Philip Brennan, Alan Butler, Alexandra Christle, Amy Dunne, Hazel Fahy, Simone Kelly, Mairead Kiernan, Ken McGuire, Kevin Mooney, Niamh Moroney, John Morton, Aoibhín Murphy, Anne-Marie O’Brien, Colin O’Brien. It will be produced by Ken McGuire. It plays Cleere’s Theatre from May 18-21 and 25-28. Tickets are currently onsale and can be booked here. 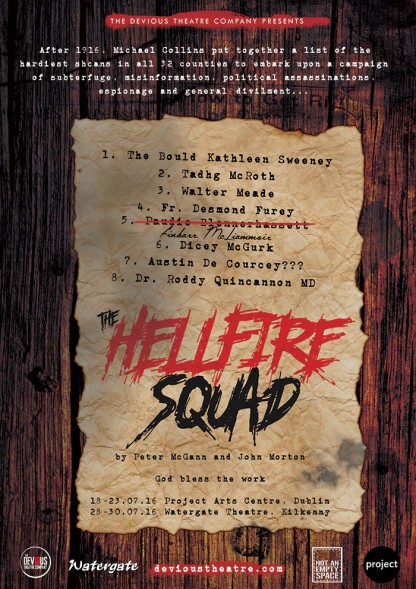 The Hellfire Squad by Peter McGann and John Morton marks the third of the Little Deviations: Volume 1 crop to make it to full production. This is a riotous, rip roaring drama about a squad of mismatched assassins assembled by Michael Collins in the aftermath of the 1916 Rising. Our first foray into Irish history shall be a devious take on the events of the time, to say the least. It will be directed by Sarah Baxter, making her first show with us and produced by Ken McGuire. It will take its debut bow in Project Arts Centre, Dublin from July 18-23 before playing The Watergate Theatre, Kilkenny from July 28-30 as part of this years Alternative Kilkenny Arts. 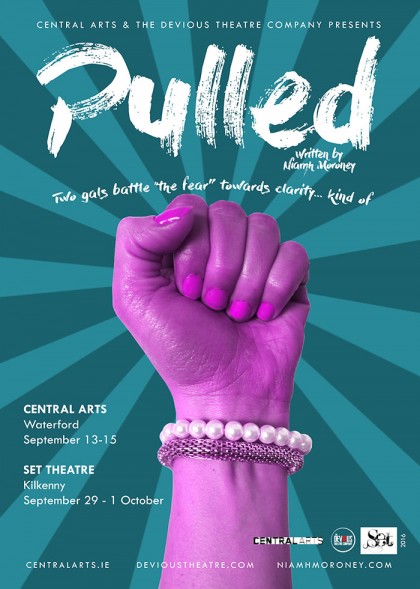 Pulled by Niamh Moroney marks our first co-production, alongside Central Arts in Waterford, who we are very excited to partner up with. The show is being developed as part of Niamh’s year long residency in Central Arts. Pulled tells the story of Amanda and Michelle, two women battling through the fear and a digital rollercoaster of clues to assemble memories of a particularly wasted night. It will be performed by Andrea Bolger and Niamh Moroney and produced by John O’Connell. It will run in Central Arts, Waterford from September 13-15th and Set Theatre, Kilkenny from September 29th-October 1st.

We’ll be dropping individual previews for each show over the next week so keep an eye out for those. They should serve as a better idea of what to expect from this deviating trio of plays. We’re very excited to bring this line up to you this year and we hope you’ll join us. 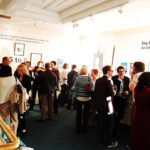 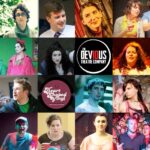