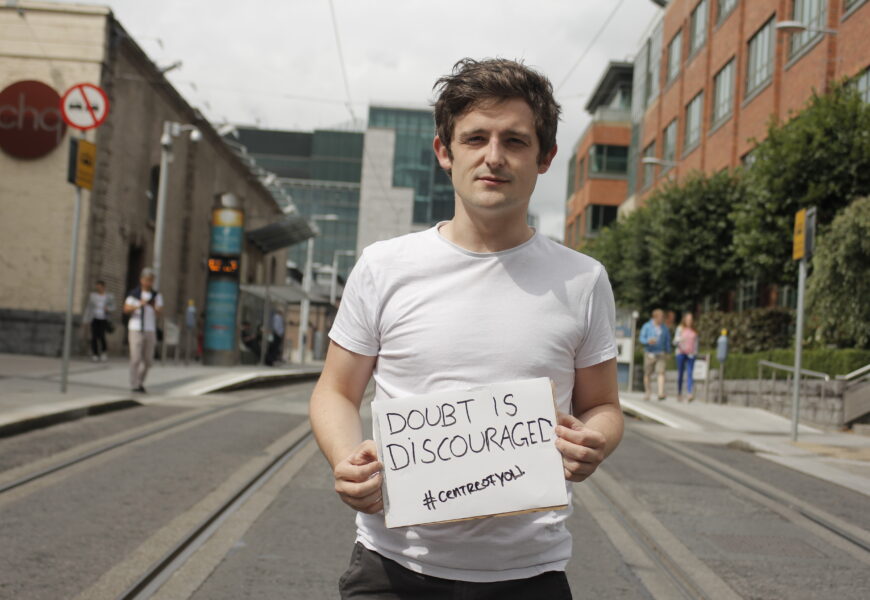 “A cult? Like a cult cult? Like a sect? A movement do you mean? One of them new found religions? Why should I join a cult? Aren’t I generally supposed to stay away from cults? Aren’t they just weird?” 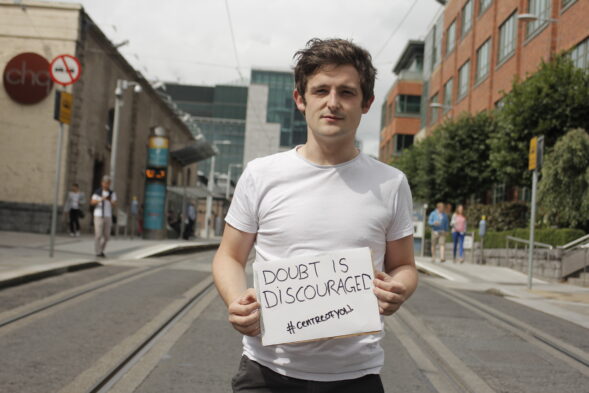 John Doran’s The Centre Of The Universe focuses on a young man who sets up his own cult. Yes, a cult. Everybody’s got a different idea of what a cult is. From David Koresh to David Icke to Charles Manson to Jonestown to eh, Scientology. And generally, those ideas we have aren’t very positive. In this show, John dissects the cult mentality and looks at how society can benefit from people creating a cult centred entirely around themselves. It’s a fresh, novel take on the idea of cults, mindfulness and self help talks. And it’s also very funny. And you might just find yourself in a cult by the end of it.

If you want to join John for his talk, then join us next week as The Centre Of The Universe opens our account for 2015 in Cork as part of Quarter Block Party. Then we’ll be following that up with a trip to Kilkenny when we hit Cleeres Theatre from February 11th-14th. Tickets have gone on sale behind the counter in Cleeres so pop in if you want to grab them. As for online sales, get them while they’re hot, and they’re hot right here. 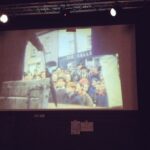 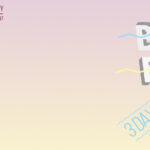 Next Story
Cork Is The Centre Of The Universe