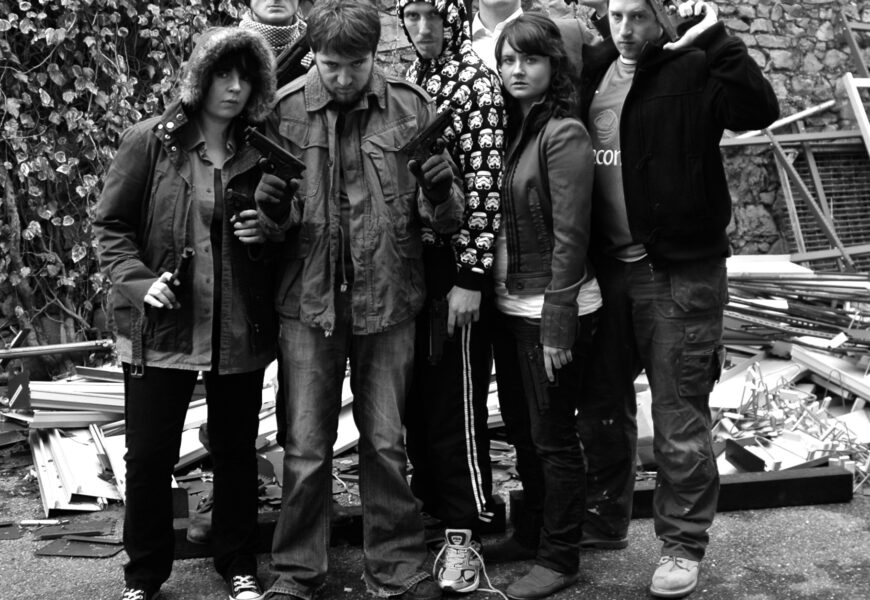 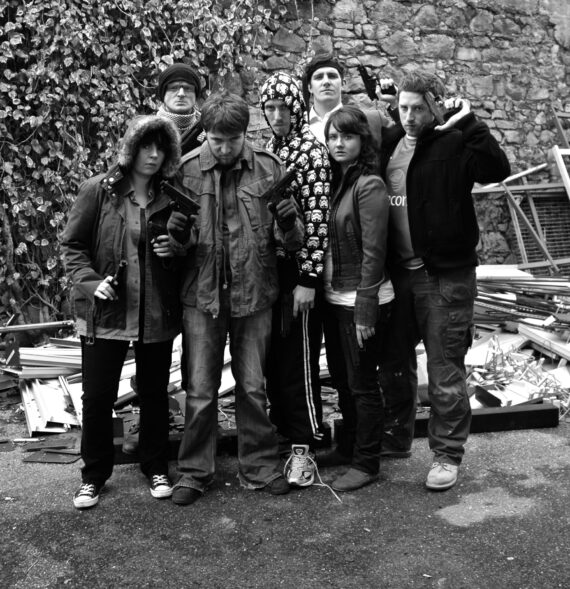 A review of Scratcher by John Cleere as (un)published in today’s edition of the Kilkenny Advertiser.

I had two good reasons to visit No 76 John Street last Tuesday night. It was an opportunity to check out the building, formerly Meubles furniture store, that cost Kilkenny County Council €5.5 million of rate payer’s money during the height of the boom, and it was also a chance to get a look at the latest offering from Devious Theatre Company.

This was supposed to be the new headquarters for the County Library, but now, surprise, surprise, there’s no money to even buy a few paperbacks, so the new library is a long way off. It’s currently being used as a 70 seater theatre, which works out at €78,571.43 per seat, making it probably the dearest theatre space in the world. Nice work for whoever dreamed this deal up, and I’m sure it went down well under the benchmarking process.

Anyway, forget about trivial sums like €5.5 million, the good news is that the Devious Theatre Company is back and are in the Meubles building for a six month residency. They intend putting on three new plays during their time there. They are an industrious lot and should have no problem if benchmarking is applied to their work during that period.

The first in the trilogy is Scratcher, written by John Morton. It’s already played the away leg in The Project Theatre, as part of ‘The Theatre Machine Turns You On’ Festival in Dublin, and arrived back in Kilkenny with a valuable away goal in the bag. Could they finish off the tie in style in front of the home crowd? The answer was a resounding ‘yes’ with a rapturous reception from the audience.

Scratcher is written and directed by John Morton, the Gennaro Gattuso of local theatre. As well as writing the play he prowls the midfield of the action, taking no prisoners and ready to head butt anyone who gets in the way, either on the theatrical pitch or on the sidelines.

The play takes place in a social welfare office, where the Devious team stage a siege. This is end to end stuff, with no letup in the frantic action. In best sporting tradition the Devious galacticos of Alan Butler, Ross Costigan, Amy Dunne, Ken McGuire, Annette O’Shea, David Tompson and Mr Morton give it 100 per cent in front of a home crowd that makes a Celtic/Rangers clash look tame. Lovely hurlin’!

Enough of the sporting analogies, and for those not familiar with the goings on in the football world, Gennaro Gattuso was the Italian footballer who head butted one of the Tottenham Hotspur coaches a couple of weeks ago.

The play is described as a “farce about a farce that gets more farcical by the day.” Just like the state of the country, really. I came home to read a Facebook comment from a future Dail TD: “I visited the nursing home in ******** last evening for the birthday of one of the men who started me in politics, *** ******. Legend.” The cast and crew of Scratcher represent the thousands that are looking for a future in this country, not some nostalgic Daniel O’Donnell land.

I’m not sure if there are tickets left for Friday or Saturday night. If there are, it’s well worth a look. Any piece of theatre that sends you home exhilarated, amused, angry and entertained is well worth your time and a few Euros. That well known line, “There’s only two things certain in life: death and taxes” is used in the play. Sorry, you can change that to: “There’s only three things certain in life: death, taxes and a brilliant night of theatre from The Devious Theatre Company.

Scratcher is sold out tonight but there are still tickets available for tomorrow night. Online booking has been suspended but they can be booked on 056 – 7794138. 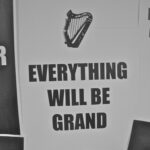 Previous Story
How To Vote
→ 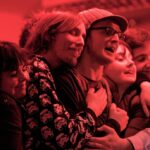