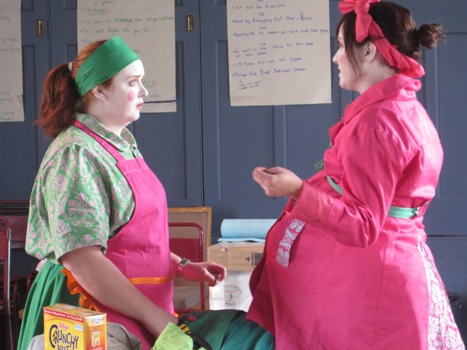 Once everything has been fully blocked, then reblocked and the script has been discarded and the costumes, make up and props have been put in place, we doublecheck that we got the ingredients right and then we put the whole shebang into the oven to bake for, oooh, roughly 3 weeks. Buns in the oven being an operative theme of this play of course. 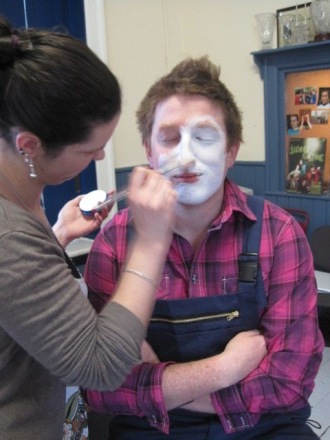 David Thompson got completely up to speed with the script and the blocking and slotted in perfectly. We were lucky not to lose a lot of steam at such a crucial point. And he’s such a lovely chap too! But the scripts have been discarded and the actors are working their ways into the really fun part of the rehearsal process: Slapstick. Commedia Dell’Arte. Pratfalls. Clowning. Whatever name you want to put on it, the actors are getting to play around with the most physically comedic style of theatre there is. Aided by the heightened costume and make up, they’ve been exploring the lazzi like situational comedy of Dario Fo’s work, the large caricatures and the heightened style of playing. It’s been a real joy for me to see the transformation in their performances once the script have been discarded. The hands are no longer restricted and suddenly they’re everywhere! It’s been great to watch. 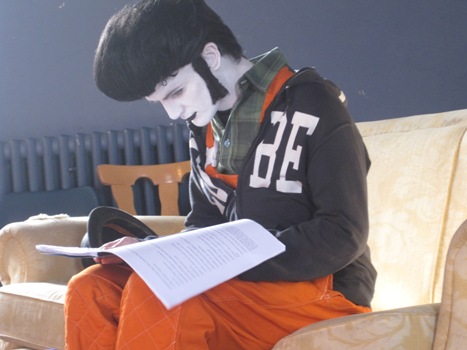 Hopefully in our final two weeks of rehearsals we’ll make the physicality clearer, snappier, funnier and yes, bigger. There are no doubt some moments and gags in the play will be discarded and more will be created in their place. This is my favourite part of the process. This is the part where we really get to see what the play is like. The actors are as enthusiastic as they are talented and rehearsals seem to be full to the brim with new ideas and gags every day. We’re still talking about the topical themes in the play and examining the socio-political elements to make sure that there’s still a sharpness there, weeks after we began. That most of all this play will cut deep and hit a nerve. 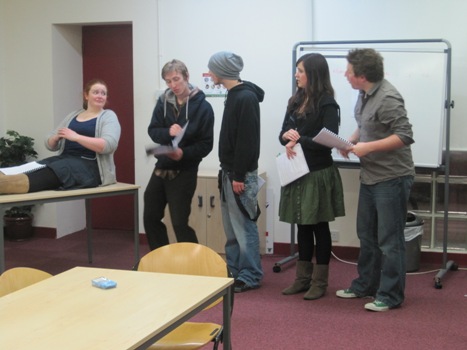 That is probably our greatest concern in the next two weeks. Making sure that there is a resonance, that the play voices a very real anger and can tap into the collective disenchantment of the masses. With Accidental Death Of An Anarchist, we went in with all guns blazing and hit some pretty obvious bullseyes: Church, Police, State. I don’t think people really knew what to expect with it. We’re hoping that this time people are more attuned to our intentions with this season and the style of playing we’ve adopted. And the topics in Can’t Pay? Won’t Pay! are narrower in their focus: unemployment, not being able to make ends meet, unions and strikes. These themes are more relevant on a local level and they, we hope, will allow the audience to join in the anger and the outrage that Dario Fo so expertly voices in his plays. We hope it provides a real catharsis, as all good communal theatre experiences should. 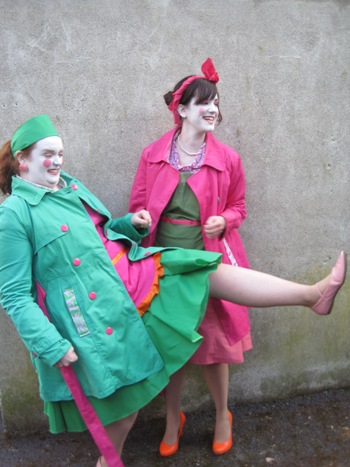 And of course, we hope they laugh. No better release than that. But if we’re going to achieve that, we’re really going to have to turn up the heat over the next two weeks.