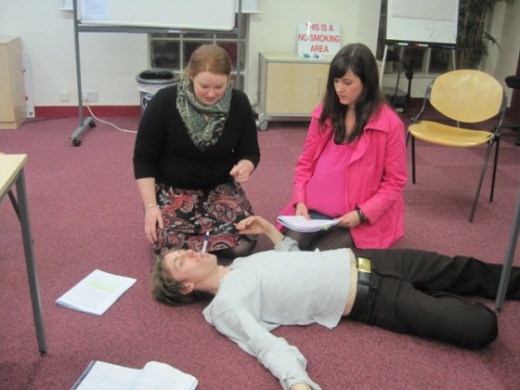 So you’ve got your ingredients and what you do is throw them all together, block out the play, let the actors try out different things, work on the physicality, learn lines, learn lines, bigger, bigger, biiiggggerrrr! Reduce the heat, let it simmer for a bit. See is it working? Is it working? It’s really starting to work. Okay, now we need the dressing.

So you try out the costumes and make up and see if they work. Paddy and Lucy actually managed to get a design that we could put on both the clothes and the wallpaper. It’s pretty damn impressive. And cohesive, because we need everything to be cohesive, right? This season has been all about cohesion. The devil is in the details. The costumes are looking great so far. Like everything, it’s working in progress. It’s so much more colourful than Accidental Death Of An Anarchist, definitely the Technicolour vibe for which we were aiming. To be honest, it kind of fucks your eyes a little. It’s loud. It’s bright. But it’s good. The play is loud. The play is bright. Makes sense. 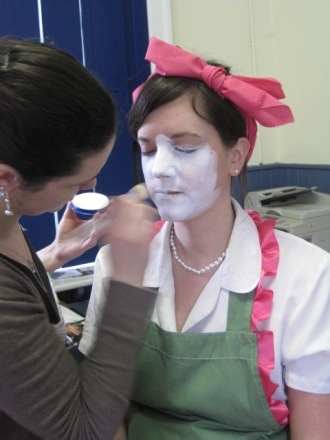 Because of the huge intrusion of colour, Linda now has a palette to work with that isn’t dreary blacks, whites and greys. She experiments with greens, oranges and pinks in the make up. It all looks great, a really natural extension of the style from the last play. We’re still arguing over the orange make up though so that’s up in the air. We’re still mixing, we’ve got time, it’s okay. 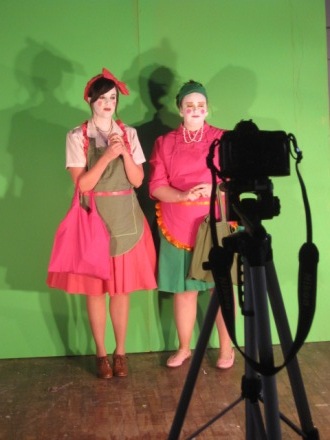 The shoot for the poster went exceptionally well. However, as you’ll notice above, green costumes on a green screen does not an easy job made. Paddy cursed a little but he did a hell of a job with it. Myself and Paddy plotted the poster out, Paddy and Ken shot it and Paddy went off and turned it into magic, absolute eye fucking magic. For the final result, check out the below post. We’ve all been delighted at how much the idea worked and how well it fell in line with the Accidental Death Of An Anarchist poster. It’s been our plan all along and we were really hoping it wouldn’t bomb. Both plays are fixated on windows and the threat of truth so these were the elements we brought to the forefront of the designs. We had the idea that both posters could seem like one image if put side by side and that’s come to pass. Two sides of the same street. An apartment block and a police station. A variety of different characters, all in the world of Dario Fo. 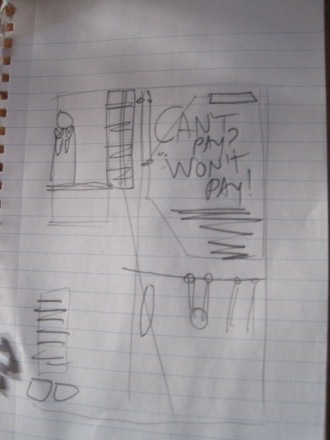 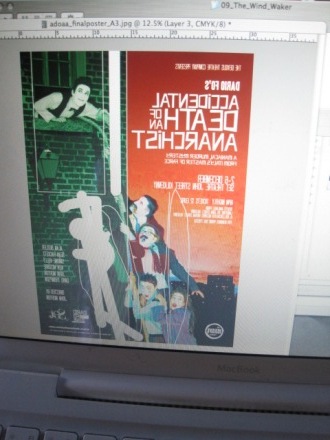 All was well… then, suddenly, we lost one of our crucial ingredients. Just as we had wrapped on a slew of promo photos, Paul Young, one of our principal cast members got nominated for an Oscar. A freaking OSCARRR! The Secret Of Kells by Cartoon Saloon (Paul’s company) gets nominated for Best Animated Feature. What an achievement. Despite scratching our chins, the obvious thing is that Paul has to go to the Oscars. Angela and Hazel try to get his plus one. They fight, it’s not pretty. Paul is gonna take someone else anyway. Not David Thompson though. David Thompson is the man who replaces Paul at short notice. And thus, replicates the Madman like feat of playing multiple characters in the same play. It’s a piece of piss for him after Accidental Death Of An Anarchist and anyway, he actually gets some time off the stage this time. He slots in like a dream. Pity we have to do reshoots for all the photos… they were looking so good! Paul was looking so good! Ah well, there’s always next time. Now, it is David Thompson who is the one looking good. 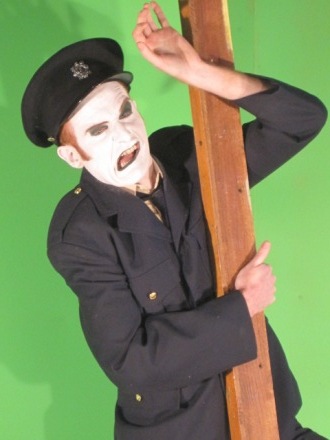 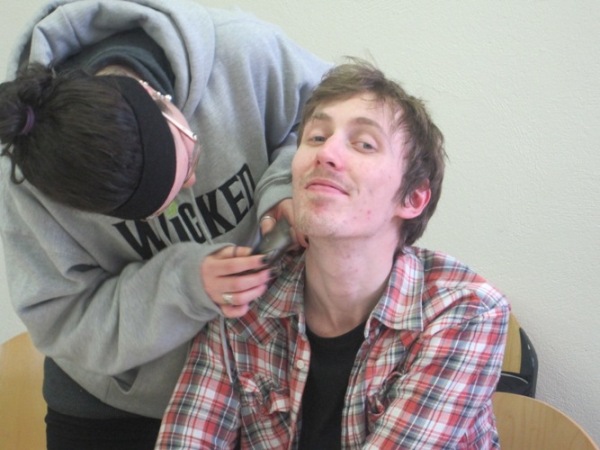 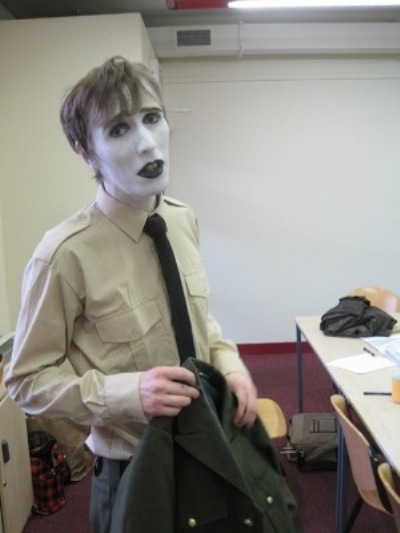 So right now, we’re just under 4 weeks off opening night and after a few minor (and one major) hiccups Can’t Pay? Won’t Pay! is blending together in tasty fashion. Now we just gotta warm up the oven and pop it in. Hmmmm… needs more olives.