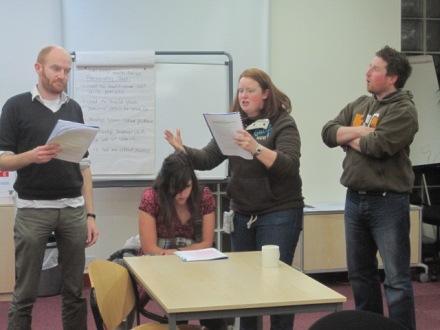 Namely, a great play from an acclaimed playwright, a fine comic cast, a country with a whole host of problems and a play that’s so relevant and so biting that it couldn’t be more apt if you tried. These are the ingredients that we’ve been assembling and mixing together over the past month as we knuckle down to the second part of our Dario Fo Season, Can’t Pay? Won’t Pay!

The play itself was written by Fo in 1974 when the self reduction movement was taking hold in Italy. This saw Italian housewives rebel against the cost of living by taking goods from shops and only paying what they felt was necessary. Fo turned this situation into a razor sharp farce which offered a satirical condemnation of the blights of unionism, inflation, party politics and yes, the church. 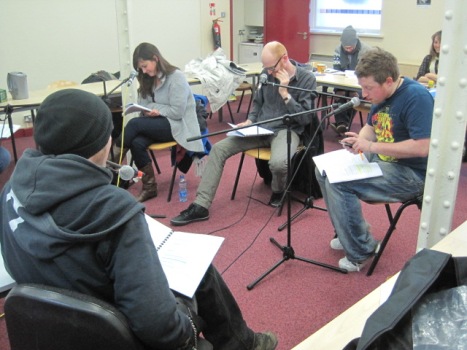 As is par for the course with Daro Fo’s work we have made the play relevant to our current situation in Ireland and as we found with our production of Accidental Death Of An Anarchist back in December, there’s a lot of material we didn’t even need to touch and it was still completely relevant. Some things never change I guess.

The glare of our version of Accidental Death Of An Anarchist was focused on collusion between the government and gardai and the double standards of the justice system when it came to prosecuting the poor and protecting the rich. The play looked at all the rotten institutions of the country and how they exerted their grip on the populace. With Can’t Pay? Won’t Pay! we’re focusing more on the local than the national with the play exploring the domestic situation of two working class couples and what happens when unemployment rears its ugly head and they can’t pay the bills any more. We’ve put the script through the ringer and tried to make it as relevant and as sharp as we possibly can. Can’t Pay? Won’t Pay! is certainly a more optimisic, happy go lucky play than Accidental Death Of An Anarchist but it does not lack Fo’s trademark contempt for church, state and the authorities. Whereas Accidental Death Of An Anarchist was about keeping your head held high in the never ending shit storm of corruption, Can’t Pay? Won’t Pay! explores the theme of not depending on the unions and political parties and doing things for yourself. 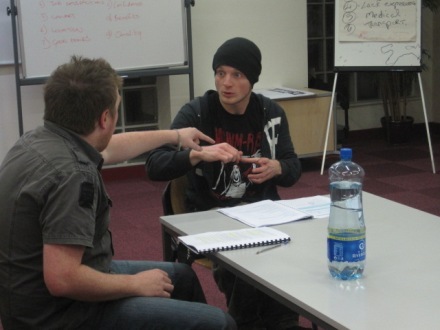 Rehearsals have been barrelling along,  the initial blocking is being put in place and we’re honing the same commedia dell’arte style we employed for our last foray into Dario Fo’s work. The rehearsals have seen an awful lot of jumping, gurning, funny walks, crazy voices and the usual tea and biscuit sessions that we dunk and slurp our way through every rehearsal process. 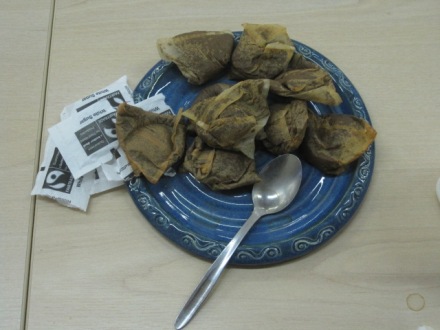 So, the ingredients are in place and we’re starting to throw them together into what at the moment resembles a glorious lumpy mush. The promo process is underway with the final poster being worked on and a photo shoot taking place this past weekend so everything is ticking along nicely. All we have to do now is take a whisk to it.

Tickets have also gone onsale and if you want to get a nice reduction in the fee before the end of January, you can buy them at http://tickets.devioustheatre.com/ with the discount code cpwptwitter. That’s some recession busting theatre prices right there folks.