How Best To Prepare For The Worst

HomeDevious News, Some FloodHow Best To Prepare For The Worst 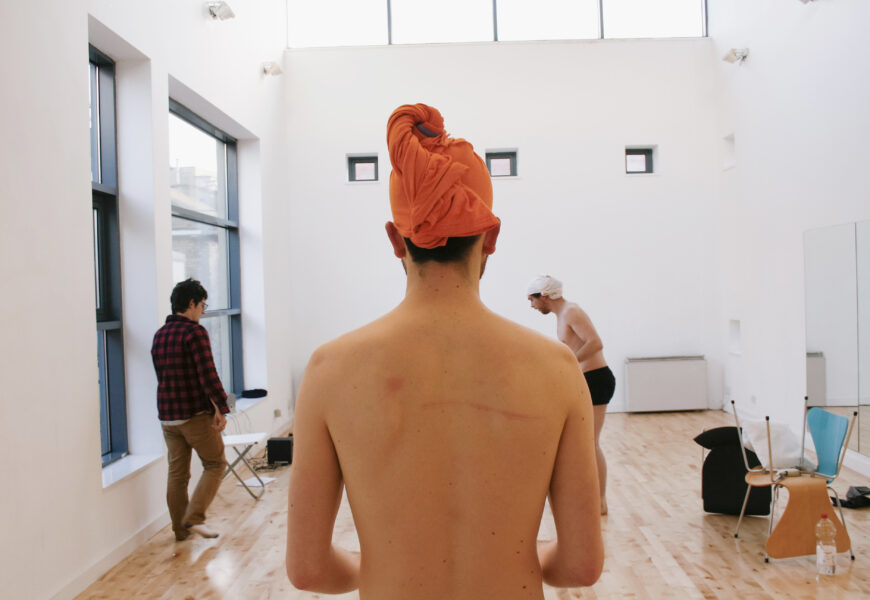 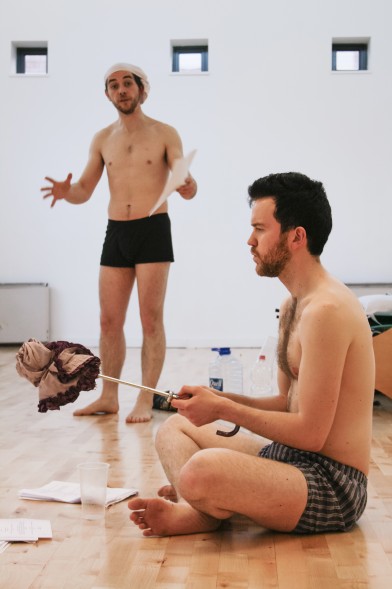 1. No audience shows up.

It’s also cool, it’ll help if anything, completely desirable in fact, no bothers there . It’s just a base, like, so all of the materials that are in it can be completely transformed into something else entirely. It’s totally recyclable and renewable. Unless it falls on top of the lads. But even then, it’s not even really that heavy. It’s part of the show really. Pretty much disaster proof.

3. The actors forget their lines.

There’s actually no chance that this would happen but if it does, they’ll just spiel a little bit in character and hopefully the audience won’t notice the difference. Remember: if you make a mistake on stage the audience won’t know. They DON’T have a script. There’s NO WAY they can ever find out. John has drilled this into Kev and Eddie’s heads and have you ever seen John Doran forget a line? No. You know why? EVEN IF HE DID YOU DIDN’T KNOW THE DIFFERENCE ‘COS HE’S THAT GOOD. 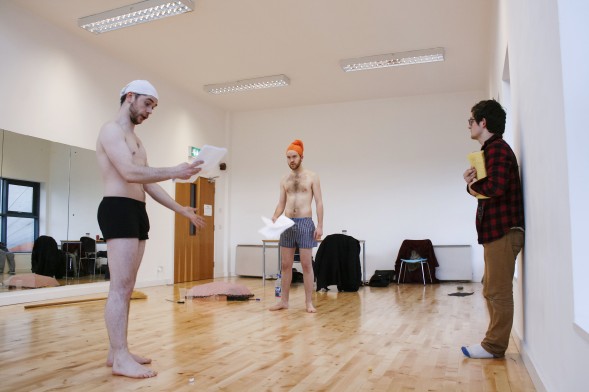 4. These lads are in their underpants. What if something falls out?

We’ve been down this road before and we (and the front row of Little Deviations: Volume 1) learnt a harsh lesson. The result? Under-underpants. It’s practically genius.

5. Someone gets cut open real bad.

It’s cool, Eddie got cut in the tech rehearsal and he bandaged his knee up and went on with it, pure trooper, like. Plus, the blood looks really cool under theatre lights. Not even like real blood. It’s no bothers because the show must go on and we’re carnies at heart so we get that. Plus we don’t have hepatitis or AIDS or any diseases of the blood so you’re safe.

6. Everyone hates the show.

We’re damn confident this won’t happen but if it does there are two attractive actors wearing underpants to take the heat off. They don’t mind being objectified. Go on, objectify them. They’ll welcome it, you just wait and see.

You couldn’t be in a better place.

Some Flood by John Doran and Kevin Mooney previews tomorrow at 8.30pm as part of Collaborations in Smock Alley Theatre. It will also be performed at 8.30pm on Friday March 7th. It plays in Cleeres Theatre, Kilkenny next week from March 11th – 15th with 1pm shows on the 14th and 15th. You can buy tickets right here. Join the conversation at #someflood. 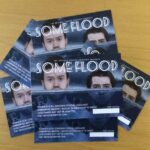 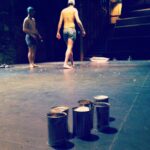 Next Story
The Start Is Nigh