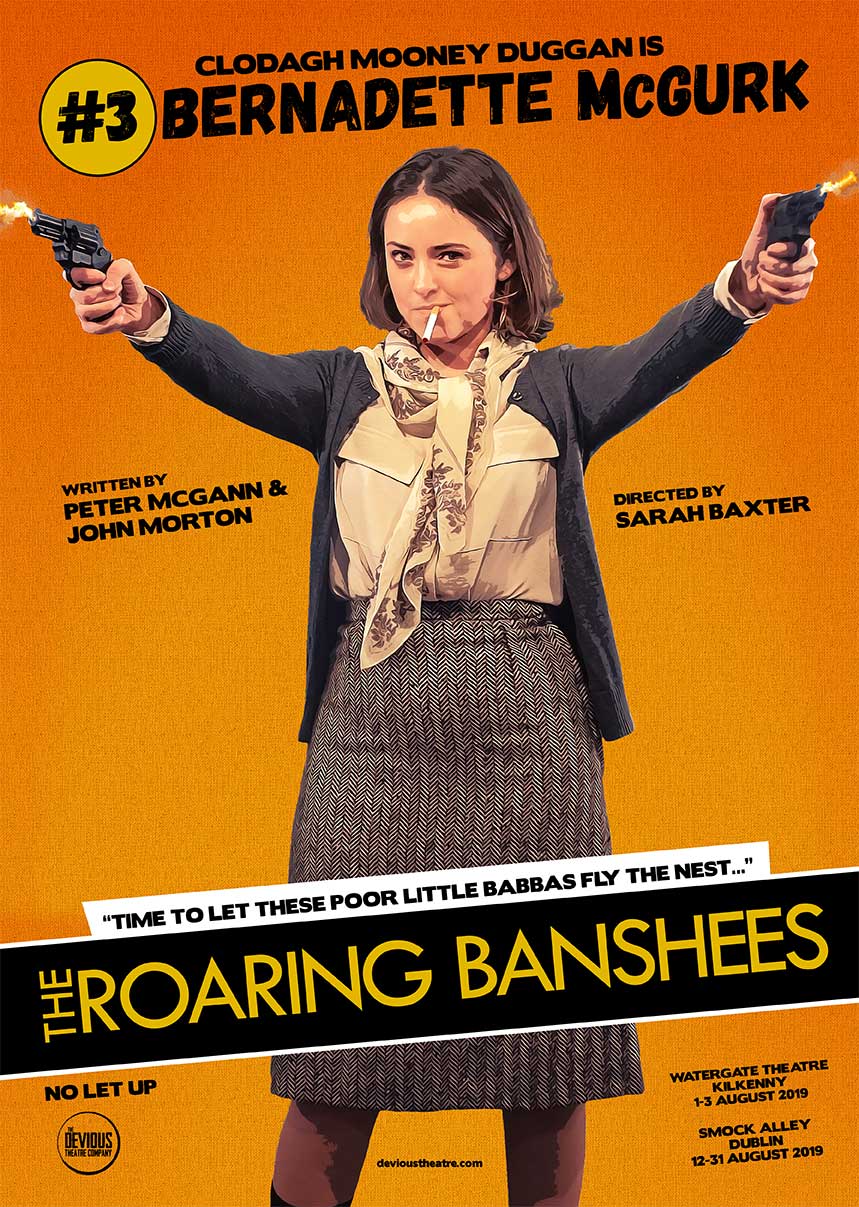 “Time to let these poor little babbas fly the nest”

Here’s the next introduction to one of our trigger happy harpies.

She is also the main crossover between The Roaring Banshees and The Hellfire Squad as the widow of the late Donal ‘Dicey’ McGurk, late of Collins’ hit squad who was played back in 2016 by one of our writer Peter McGann. The ‘Saucy McGurks’ as they were known were the scourge of the occupying forces everywhere, not to mention any decent God fearing Catholics. This pair of scaldy gangsters had six years of wedded bliss, marked frequently with their infidelities and blazing rows but they loved each other all the same and particularly doted on their six children Donal Og, Elsie, Dessie, Alice, Maud and Finbarr. 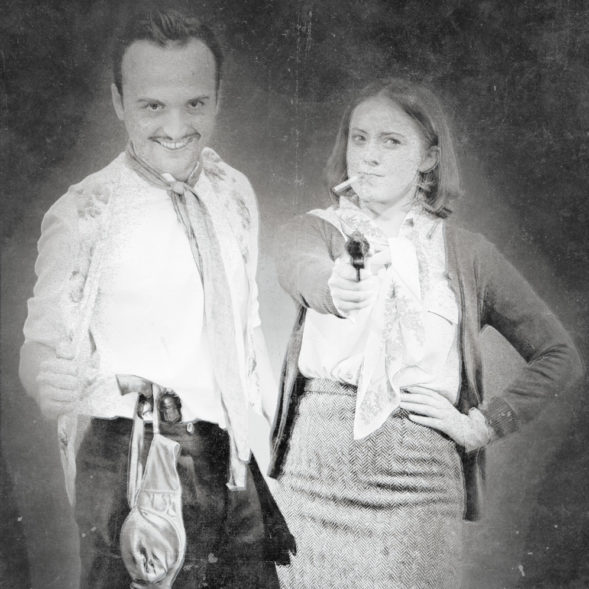 The Roaring Banshees are coming in three days time.