Announcing Night Of The Living Dead 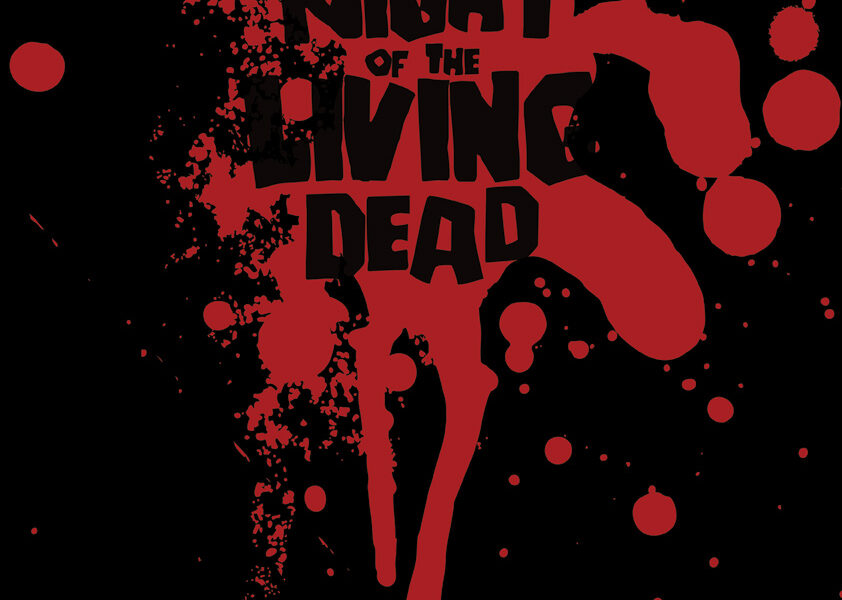 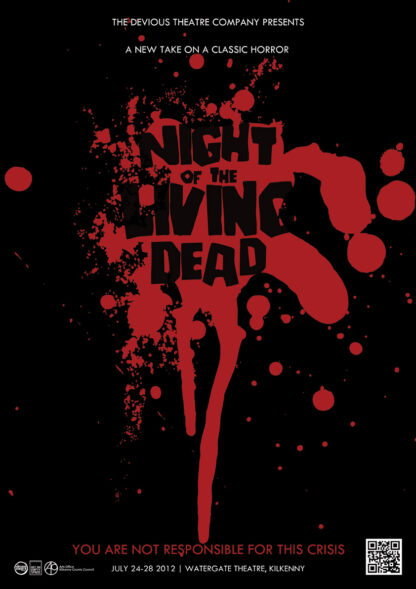 We are very pleased to announce that our next production is the Irish stage premiere of Night Of The Living Dead.

We will perform a brand new stage version of George A. Romero’s classic horror from 24th – 28th July at the Watergate Theatre, Kilkenny. It will be the first time any version of the work has been performed in Ireland.

The original 1968 movie is regarded as one of the most seminal horror movies of all time and regarded as the template for political commentary in horror cinema. It also gave birth to what has become known as the ‘zombie’ genre of movies.

Our production is written by John Morton and Connie Walsh and uses the original script by George A. Romero and John A. Russo as a jumping off point. It has been transposed from a farmhouse in rural Philadelphia in 1968 to a ghost estate in the south east of Ireland in 2012. It tells the story of a group of disparate strangers, trapped in an abandoned house after an unknown incident causes the dead to come back and attack the living. This new theatrical version uses the story to examine present day issues in a fear-gripped modern day Ireland. Like the original movie, it is a darkly comic satire that depicts the capacity for horrific acts in normal people during times of crisis.

We first started actively developing this play during our In The Future When All’s Well residency in 2011. It continues our vein of work that explores the modern Irish experience for a younger, angrier, hungrier generation. Like the Dario Fo Season and Scratcher, it’s angry and political. Like Shifting and Smitten it’s about young disillusioned Irish people looking for a way out. And like bash: latterday plays, it examines what horrors can be inflicted by seemingly civilised people in a messed up society. Night Of The Living Dead encapsulates a lot of the themes and ideas that interest us in theatre and that have informed our work for the past five years. But with more zombies.

Like bash: latterday plays and our participation in TEXT|Messages at Project Arts Centre, Dublin, late last year, Night Of The Living Dead has also been developed during our participation in the Not An Empty Space initiative run by Kilkenny County Council Arts Office. As nice and roomy as our new premises are, it’s going to be fun to see us cram a cast that size in there during hot summer days!

Night Of The Living Dead will open in a limited run at The Watergate Theatre from July 24th – 28th. Tickets are already available for booking at the Watergate Box Office on 056 – 7761674 or online via WatergateTheatre.com.

We’ve also just launched a website for the show which you can visit at nightofthelivingdead.ie. For all other information and updates, keep an eye out here! 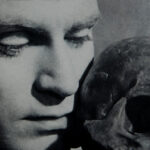 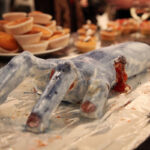 Next Story
A Very Devious Launch

2 Replies to “Announcing Night Of The Living Dead”