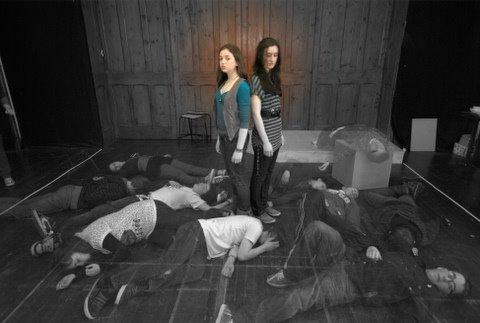 It’s going to be a good April for youth theatre in Kilkenny. Dreamstuff Youth Theatre will be hitting the Watergate Theatre with The Mouse That Roared in a few weeks but before that we’ll be seeing the latest production from Kilkenny Youth Theatre, one of many off shoots of Barnstorm Theatre Company‘s extensive theatrical program.

The show in question is A Vampire Story by Moira Buffini. The story is synopsised as thus:

‘Ella tells Frank she has qualms about killing people and frequently goes hungry. But her so-called sister has no conscience. Frank, also an outsider, thinks she’s delusional but fascinating. And while he tries to get to the bottom of her delusion, things start to fall apart, people start to disappear and her class mates begin to believe it could be true.’

Following on from the success of Burying Your Brother In The Pavement, A Vampire Story is another fresh production from Kilkenny Youth Theatre and it certainly doesn’t harm it that teen vampire stories are all the rage at the moment.

“Maybe Ella is a vampire, maybe she’s not.  But I’m not going to tell,’” says Anna Galligan, Barnstorm’s Outreach Officer. “Maybe she’s just a teenager, as she says, with an ‘hilarious’ sense of fun.  But what we do know is that it is hard being different and we all have different disguises to protect ourselves.  Ella’s ‘disguise’ is just that little bit more dramatic than most peoples!  We have had a great time rehearsing this play, it’s gothic, it’s mystery, it’s everyday – all rolled into one.’

A Vampire Story opens in The Barn, Church Lane on Thursday April 15th and runs until Saturday 17th April at 8pm nightly. Bookings can be made on 056-7751266 or email trish@barnstorm.ie. Tickets are €10/8 for groups. This play is suitable for teenagers. Especially if they’re Twilight fans! 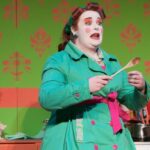 One Reply to “A Vampire Story by Kilkenny Youth Theatre”