Night Of The Living Dead by Replete

The special edition soundtrack for Night Of The Living Dead by Replete has just gone online.

Mixed, mastered and produced by Peter Lawlor, the man behind Replete, it’s a 5 track EP of ambient, electronica scored specifically for Night Of The Living Dead. All songs will be featured when the play opens in The Watergate Theatre from July 24th – 28th.

The tracklisting for Night Of The Living Dead is as follows:

The EP costs €6 and can be purchased online at http://devioustheatre.bandcamp.com/. It’s available in a range of different digital formats so you won’t be stuck for choice. Purchasing the soundtrack is a nice way to get yourself in the mood for our upcoming stage adaptation of George A. Romero’s 1968 horror classic. It’s music to die for… 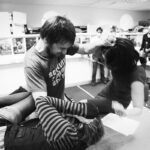 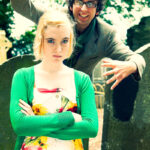 Next Story
The Prologue